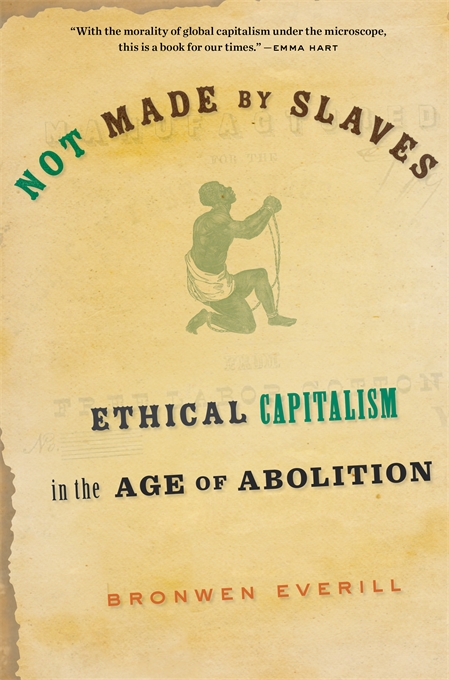 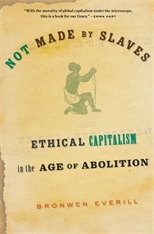 On the podcast Thoughtlines, listen to Bronwen Everill join the dots on the global story of abolition and unpack the phrase “we are what we buy”:

“Impressive…[Readers] will be rewarded with greater understanding of historical developments that changed the relationship between consumers and producers in a global economy in ways that reverberate to this day.”—Wall Street Journal

“Everill repositions West Africa as central to the broader Atlantic story of 18th and 19th century economic morality, its relationship with commercial ethics, and the expansion of capitalism.”—Financial Times

“Offers a penetrating new perspective on abolition in the British Empire by spotlighting a particular cast of characters: the commercial abolitionists in West Africa who fashioned a consumer-focused, business-friendly antislavery ethics. These figures sought to prove the moral and economic superiority of non-slave labor while profiting from the transition away from slavery…Impressive.”—Jacobin

“East India Sugar Not Made By Slaves.” With these words on a sugar bowl, consumers of the early nineteenth century declared their power to change the global economy. Bronwen Everill examines how abolitionists from Europe to the United States to West Africa used new ideas of supply and demand, consumer credit, and branding to shape an argument for ethical capitalism.

Everill focuses on the everyday economy of the Atlantic world. Antislavery affected business operations, as companies in West Africa, including the British firm Macaulay & Babington and the American partnership of Brown & Ives, developed new tactics in order to make “legitimate” commerce pay. Everill explores how the dilemmas of conducting ethical commerce reshaped the larger moral discourse surrounding production and consumption, influencing how slavery and freedom came to be defined in the market economy. But ethical commerce was not without its ironies; the search for supplies of goods “not made by slaves”—including East India sugar—expanded the reach of colonial empires in the relentless pursuit of cheap but “free” labor.

Not Made by Slaves illuminates the early years of global consumer society, while placing the politics of antislavery firmly in the history of capitalism. It is also a stark reminder that the struggle to ensure fair trade and labor conditions continues.