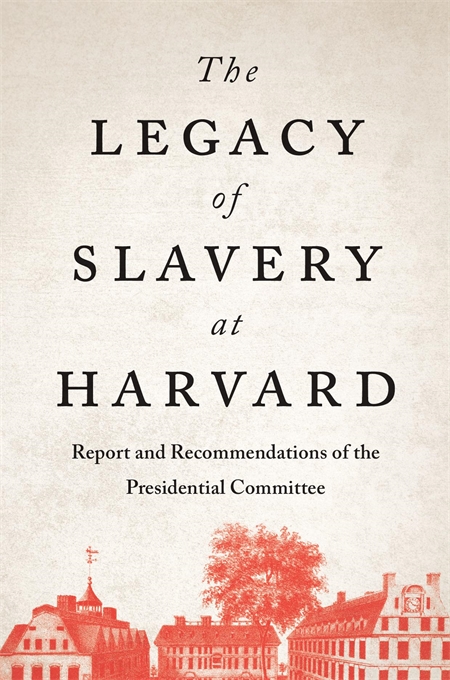 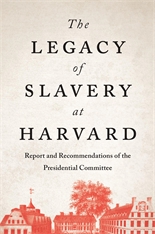 The Legacy of Slavery at Harvard

Report and Recommendations of the Presidential Committee

The Presidential Committee on the Legacy of Slavery

Harvard’s searing and sobering indictment of its own long-standing relationship with chattel slavery and anti-Black discrimination.

In recent years, scholars have documented extensive relationships between American higher education and slavery. The Legacy of Slavery at Harvard adds Harvard University to the long list of institutions, in the North and the South, entangled with slavery and its aftermath.

The report, written by leading researchers from across the university, reveals hard truths about Harvard’s deep ties to Black and Indigenous bondage, scientific racism, segregation, and other forms of oppression. Between the university’s founding in 1636 and 1783, when slavery officially ended in Massachusetts, Harvard leaders, faculty, and staff enslaved at least seventy people, some of whom worked on campus, where they cared for students, faculty, and university presidents. Harvard also benefited financially and reputationally from donations by slaveholders, slave traders, and others whose fortunes depended on human chattel. Later, Harvard professors and the graduates they trained were leaders in so-called race science and eugenics, which promoted disinvestment in Black lives through forced sterilization, residential segregation, and segregation and discrimination in education.

No institution of Harvard’s scale and longevity is a monolith. Harvard was also home to abolitionists and pioneering Black thinkers and activists such as W. E. B. Du Bois, Charles Hamilton Houston, and Eva Beatrice Dykes. In the late twentieth century, the university became a champion of racial diversity in education. Yet the past cannot help casting a long shadow on the present. Harvard’s motto, Veritas, inscribed on gates, doorways, and sculptures all over campus, is an exhortation to pursue truth. The Legacy of Slavery at Harvard advances that necessary quest.

This publication was funded in part by the Presidential Initiative on Harvard and the Legacy of Slavery. Any proceeds will benefit the Royall House and Slave Quarters in Medford, Massachusetts.