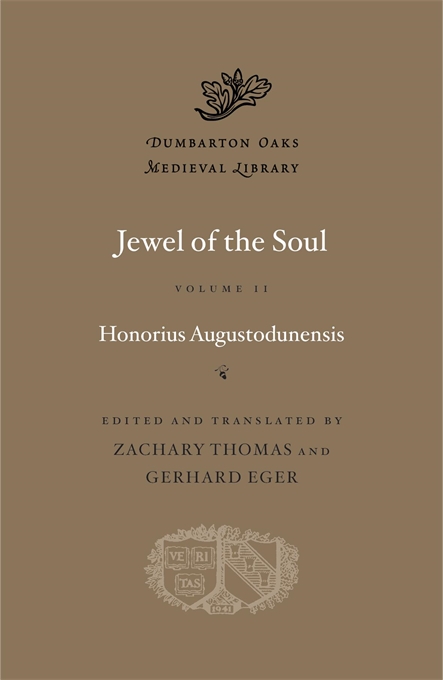 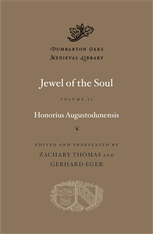 Jewel of the Soul, Volume II

Edited and translated by Zachary Thomas

The first complete translation into a modern language of a major authority on the medieval Christian liturgy.

Honorius Augustodunensis’s Jewel of the Soul (the Gemma animae) gleams as one of the most attractive liturgical commentaries from the twelfth century. A lively and effective teacher, Honorius strives to unveil the meaning behind the sacred texts, objects, music, and ritual of the Roman Mass and Divine Office for young initiates. Building on the allegorical approach pioneered in the Carolingian era by Amalar of Metz, he shows readers how their souls are beautified by the liturgy as gold is by a jewel. His flowing and comprehensive commentary gained widespread influence in Western Christendom and was an important source for later liturgical treatises. For the modern scholar this work remains key to understanding the medieval allegorical approach to worship and provides valuable documentation about how these offices were celebrated in the twelfth century.

These volumes offer the first complete translation into a modern language of this foundational Latin text on Christian liturgy.