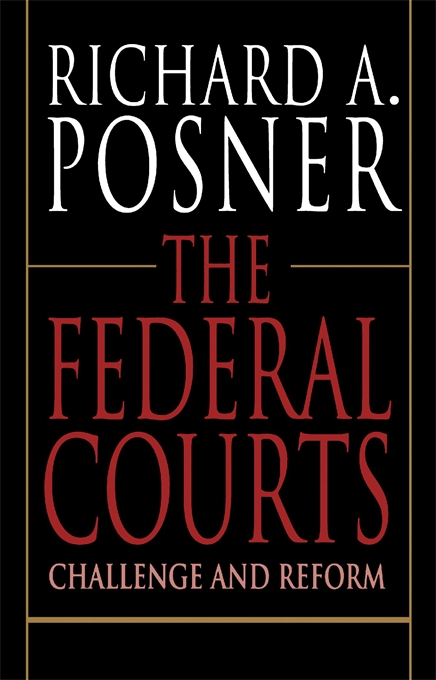 The federal courts are the world’s most powerful judiciary and a vital element of the American political system. In recent decades, these courts have experienced unprecedented growth in caseload and personnel. Many judges and lawyers believe that a “crisis in quantity” is imperiling the ability of the federal judiciary to perform its historic function of administering justice fairly and expeditiously.

In a substantially revised edition of his widely acclaimed 1985 book The Federal Courts: Crisis and Reform, Chief Judge Richard A. Posner of the U.S. Court of Appeals for the Seventh Circuit provides a comprehensive evaluation of the federal judiciary and a detailed program of judicial reform. Drawing on economic and political theory as well as on legal analysis and his own extensive judicial experience, Posner sketches the history of the federal courts, describes the contemporary institution, appraises the concerns that have been expressed with the courts’ performance, and presents a variety of proposals for both short-term and fundamental reform. In contrast to some of the direr prophecies of observers of the federal courts, Posner emphasizes the success of these courts in adapting to steep caseload growth with minimum sacrifice in quality.