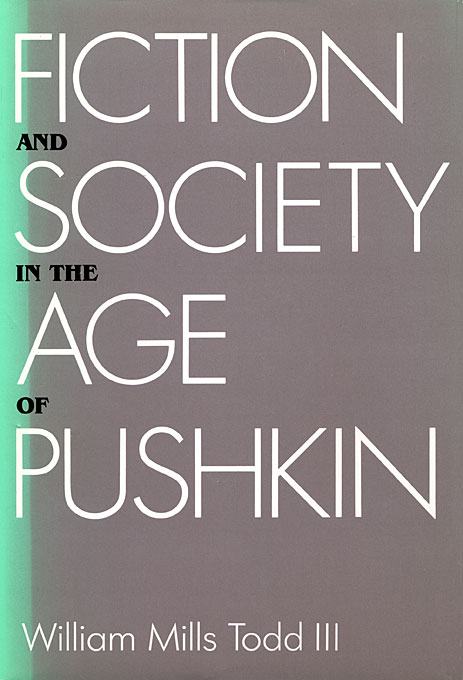 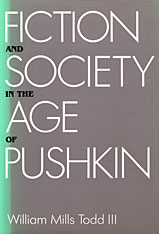 Fiction and Society in the Age of Pushkin

The early decades of the nineteenth century in Imperial Russia embraced a sequence of catastrophic events—the assassination of Paul I, Napoleon’s invasion, the Decembrist rebellion, the cholera epidemic, the Polish uprising—along with radical changes in the fabric of society. Yet, far from exhausted by these convulsions, Russian literature blossomed as never before, producing the first in the long line of novels now regarded as masterpieces throughout the world. With all the sentimentality, nostalgia, and mythic echoes the term evokes, posterity has called this the golden age of Russian letters.

William Mills Todd describes the ideology of the educated westernized gentry (obshchestvo) of the time, then charts the various possibilities for literary life: first patronage, the salons, popular literature; then the rapid emergence of an incipient literary profession, which was encouraged by copyright laws, journals and booksellers, and an increasing readership. Through an examination of three brilliant fictions—Pushkin’s Eugene Onegin, Lermontov’s A Hero of Our Time, and Gogol’s Dead Souls—he explores the complicated interactions of literature and society as these writers “discovered” their own milieu and were discovered by it, confronting the fragility, exclusiveness, and potential for hypocrisy and self-delusion in Russian culture. Todd’s interdisciplinary approach will ensure his book’s appeal to students of comparative and other national literatures as well as of Russian culture.