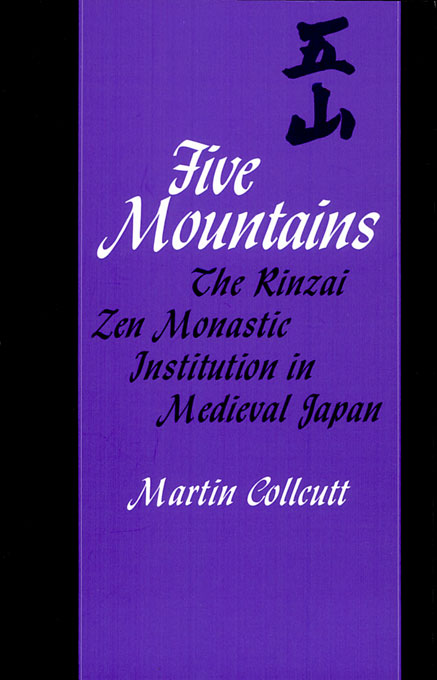 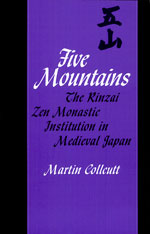 In Japan today, Zen monastic life is practiced substantially as it was practiced in medieval Japan or Sung dynasty China. More than twenty-one thousand Zen temples are active. This book examines the Zen monastery as a major institution in medieval Japanese society. Focusing on the Five Mountains network of officially sponsored Zen monasteries, it describes the transmission of Rinzai and Soto Zen to Japan, traces the patterns of secular patronage, and discusses in detail the Zen monastic environment, the monastic rule, the community, and the economy.

This is the first detailed study in any Western language of the social and institutional development of Zen Buddhism. Martin Collcutt’s illustrated text should be valuable to those interested in medieval Japanese history as well as students of Zen practice and Zen-related culture.