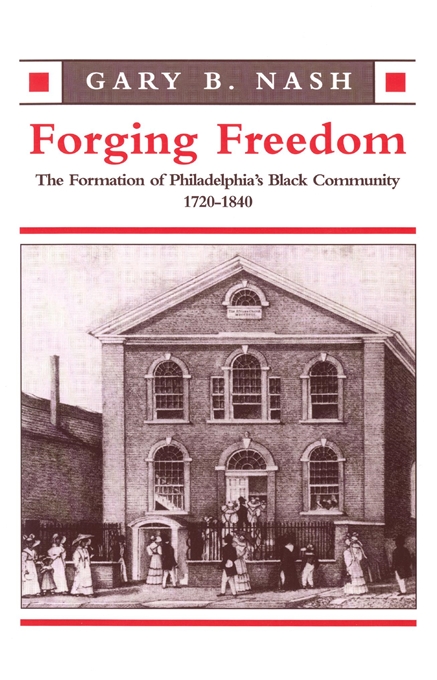 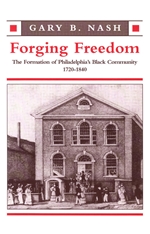 The Formation of Philadelphia’s Black Community, 1720–1840

This book is the first to trace the good and bad fortunes, over more than a century, of the earliest large free black community in the United States. Gary Nash shows how, from colonial times through the Revolution and into the turbulent 1830s, blacks in the City of Brotherly Love struggled to shape a family life, gain occupational competence, organize churches, establish neighborhoods and social networks, advance cultural institutions, educate their children in schools, forge a political consciousness, and train black leaders who would help abolish slavery. These early generations of urban blacks—many of them newly emancipated—constructed a rich and varied community life.

Nash’s account includes elements of both poignant triumph and profound tragedy. Keeping in focus both the internal life of the black community and race relations in Philadelphia generally, he portrays first the remarkable vibrancy of black institution-building, ordinary life, and relatively amicable race relations, and then rising racial antagonism. The promise of a racially harmonious society that took form in the postrevolutionary era, involving the integration into the white republic of African people brutalized under slavery, was ultimately unfulfilled. Such hopes collapsed amid racial conflict and intensifying racial discrimination by the 1820s. This failure of the great and much-watched “Philadelphia experiment” prefigured the course of race relations in America in our own century, an enduringly tragic part of this country’s past.