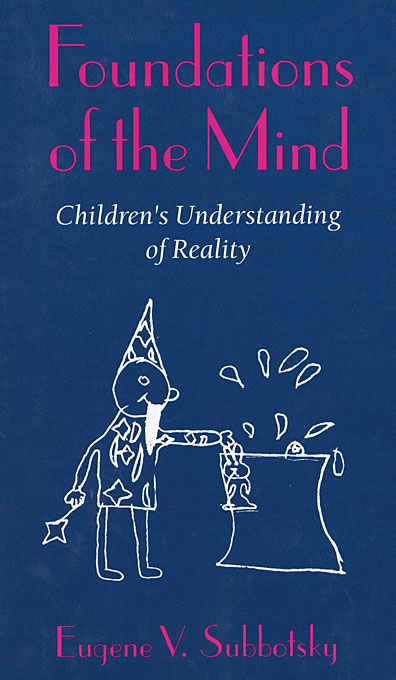 Foundations of the Mind

In the wake of Jean Piaget’s work on children’s understanding of reality, it is generally accepted that by age two, children assume that an object hidden in a box will remain there unchanged until someone tampers with it. Eugene Subbotsky persuasively demonstrates that many children—and some adults—will often accept mysterious disappearances and creations, perceiving them not as tricks or illusions but as actual occurrences. His analysis clearly shows that alongside our everyday belief in object permanence, we also have a set of quasi-magical beliefs that can be activated by appropriate situations and behaviors. The acceptability of these beliefs will vary from culture to culture, and will be widespread among preliterate peoples but less obvious in advanced industrial countries. The author, a Russian psychologist, draws on his own extensive research and examines other taken-for-granted concepts, such as the distinction between animate and inanimate.

Foundations of the Mind, amply illustrated with experimental material, has enormous implications for the study of both child development and the psychology of human beliefs. It attacks our complacent and often culturally biased faith in the nature of reality, and as such will become required reading for all psychologists.