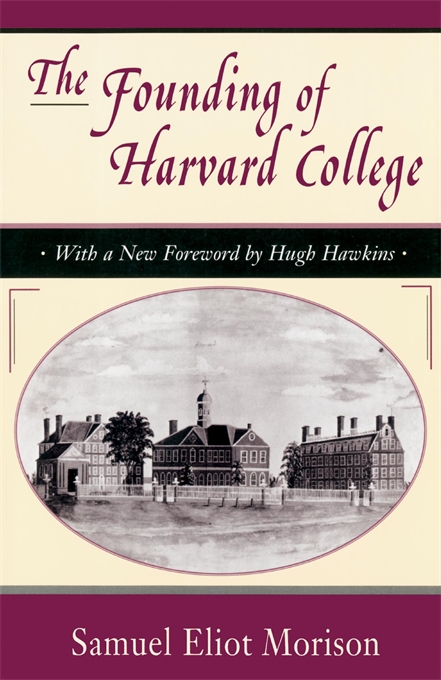 The Founding of Harvard College

With a New Foreword by Hugh Hawkins

“This is a reprint of a 1935 classic history of the early years of Harvard College, which is now available in paperback. The author, Samuel Eliot Morison, was professor of history at Harvard University and winner of two Pulitzer prizes. Aside from the history of Harvard College, this book is important for its focus on the European background, including the roots of American universities in Europe. In addition, the book is fascinating… Although it was written over sixty years ago, this book is still an important source for the early history of American education, and it is a tribute to the historiographical skills of the author.”—Historical Journal of Massachusetts

From reviews of the original edition:

“Morison here traces the roots of American universities in Europe, as they have perhaps never been traced before; and with mellow erudition, frequent flashes of wit, and a lively contemporary perspective, he sketches in a realistic picture of the founding of the first American university north of the Rio Grande… [His] book is worthy of the story he has to tell… Any who want to understand the history of American education, or such simple but fascinating matters as the origins of our words ‘bachelor,’ ‘yard,’ and ‘campus,’ ‘freshman,’ ‘sophomore,’ ‘junior,’ and ‘senior,’ of the doctoral degree and its transfer, from the Continent via America, to England, will have to consult it and be abundantly rewarded.”—Lewis Gannett, The New York Herald Tribune

“A history which for combination of accurate scholarship, importance of subject matter, interpretation of relationship to general cultural development, and literary distinction, cannot be excelled by that of any other university, European or American… The academic world of America is under a debt of real gratitude to Morison.”—American Historical Review