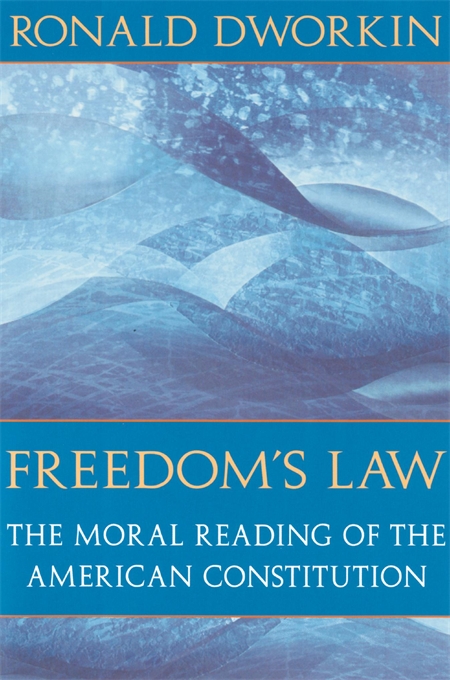 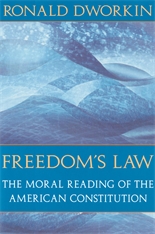 The Moral Reading of the American Constitution

Ronald Dworkin argues that Americans have been systematically misled about what their Constitution is, and how judges decide what it means. The Constitution, he observes, grants individual rights in extremely abstract terms. The First Amendment prohibits the passing of laws that “abridge the freedom of speech”; the Fifth Amendment insists on “due process of law”; and the Fourteenth Amendment demands “equal protection of the laws” for all persons. What does that abstract language mean when it is applied to the political controversies that divide Americans—about affirmative action and racial justice, abortion, euthanasia, capital punishment, censorship, pornography, and homosexuality, for example? Judges, and ultimately the justices of the Supreme Court, must decide for everyone, and that gives them great power. How should they decide?

Dworkin defends a particular answer to that question, which he calls the “moral reading” of the Constitution. He argues that the Bill of Rights must be understood as setting out general moral principles about liberty and equality and dignity, and that private citizens, lawyers, and finally judges must interpret and apply those general principles by posing and trying to answer more concrete moral questions. Is freedom to choose abortion really a basic moral right and would curtailing that right be a deep injustice, for example? Why? In the detailed discussions of individual constitutional issues that form the bulk of the book, Dworkin shows that our judges do decide hard constitutional cases by posing and answering such concrete moral questions. Indeed he shows that that is the only way they can decide those cases.

But most judges—and most politicians and most law professors—pretend otherwise. They say that judges must never treat constitutional issues as moral issues because that would be “undemocratic”—it would mean that judges were substituting their own moral convictions for those of Congressmen and state legislators who had been elected by the people. So they insist that judges can, and should, decide in some more mechanical way which involves no fresh moral judgment on their part.

The result, Dworkin shows, has been great constitutional confusion. Is the premise at the core of this confusion really sound? Is the moral reading—the only reading of the American Constitution that makes sense—really undemocratic? In spirited and illuminating discussions both of the great constitutional cases of recent years, and of general constitutional principles, Dworkin argues, to the contrary, that the distinctly American version of government under principle, based on the moral reading of the Constitution, is in fact the best account of what democracy really is.