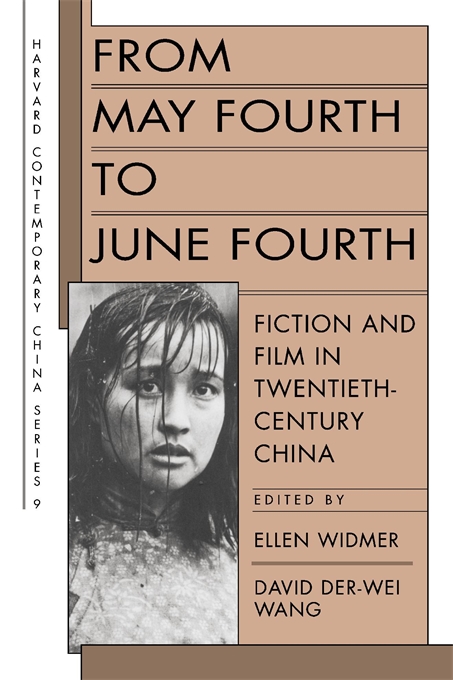 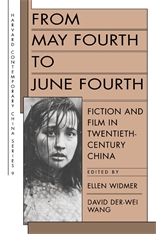 From May Fourth to June Fourth

Fiction and Film in Twentieth-Century China

What do the Chinese literature and film inspired by the Cultural Revolution (1966–1976) have in common with the Chinese literature and film of the May Fourth movement (1918–1930)? This new book demonstrates that these two periods of the highest literary and cinematic creativity in twentieth-century China share several aims: to liberate these narrative arts from previous aesthetic orthodoxies, to draw on foreign sources for inspiration, and to free individuals from social conformity.

Although these consistencies seem readily apparent, with a sharper focus the distinguished contributors to this volume reveal that in many ways discontinuity, not continuity, prevails. Their analysis illuminates the powerful meeting place of language, imagery, and narrative with politics, history, and ideology in twentieth-century China.

Drawing on a wide range of methodologies, from formal analysis to feminist criticism, from deconstruction to cultural critique, the authors demonstrate that the scholarship of modern Chinese literature and film has become integral to contemporary critical discourse. They respond to Eurocentric theories, but their ultimate concern is literature and film in China’s unique historical context. The volume illustrates three general issues preoccupying this century’s scholars: the conflict of the rural search for roots and the native soil movement versus the new strains of urban exoticism; the diacritics of voice, narrative mode, and intertextuality; and the reintroduction of issues surrounding gender and subjectivity.