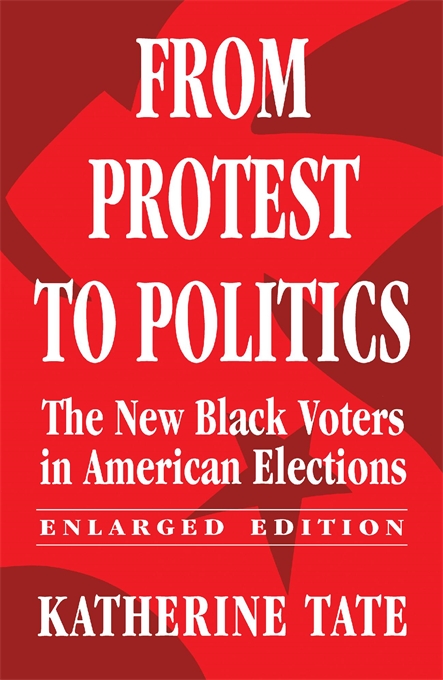 From Protest to Politics

The struggle for civil rights among black Americans has moved into the voting booth. How such a shift came about—and what it means—is revealed in this timely reflection on black presidential politics in recent years.

Since 1984, largely as a result of Jesse Jackson’s presidential bid, blacks have been galvanized politically. Drawing on a substantial national survey of black voters, Katherine Tate shows how this process manifested itself at the polls in 1984, 1988, and 1992. In an analysis of the black presidential vote by region, income, age, and gender, she is able to identify unique aspects of the black experience as they shape political behavior, and to answer longstanding questions about that behavior.

Unique in its focus on the black electorate, this study illuminates a little-understood and tremendously significant aspect of American politics. It will benefit those who wish to understand better the subtle interplay of race and politics, at the voting booth and beyond.