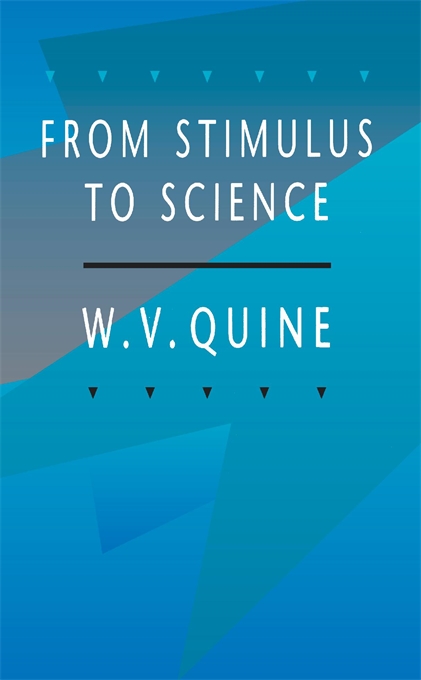 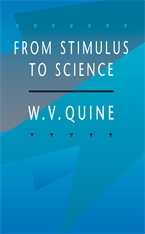 From Stimulus to Science

W. V. Quine is one of the most eminent philosophers alive today. Now, in his mid-eighties, he has produced a sharp, sprightly book that encapsulates the whole of his philosophical enterprise, including his thinking on all the key components of his epistemological stance—especially the value of logic and mathematics. New readers of Quine may have to go slowly, fathoming for themselves the richness that past readers already know lies between these elegant lines. For the faithful there is much to ponder.

In this short book, based on lectures delivered in Spain in 1990, Quine begins by locating his work historically. He provides a lightning tour of the history of philosophy (particularly the history of epistemology), beginning with Plato and culminating in an appreciative sketch of Carnap’s philosophical ambitions and achievements. This leads, in the second chapter, to an introduction to Quine’s attempt to naturalize epistemology, which emphasizes his continuities with Carnap rather than the differences between them. The next chapters develop the naturalistic story of the development of science to take account of how our conceptual apparatus is enhanced so that we can view the world as containing re-identifiable objects. Having explained the role of observation sentences in providing a checkpoint for assessing scientific theories, and having despaired of constructing an empirical criterion to determine which sentences are meaningful, Quine in the remaining chapters takes up a variety of important issues about knowledge. He concludes with an extended treatment of his views about reference and meaning and his attitudes toward psychological and modal notions.

The presentation is distinctive, and the many small refinements of detail and formulation will fascinate all who know Quine’s philosophy.