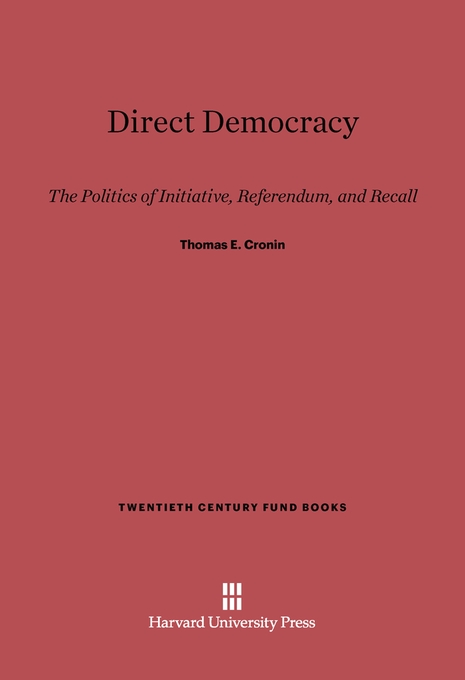 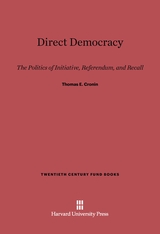 The Politics of Initiative, Referendum, and Recall

As we celebrate the bicentennial of the Constitution’s ratification, we are mindful that the founding fathers were fearful of direct democracy; virtuous representatives were to be at the center of the new political experiment. Ballot democracy, populist democracy, democracy by initiative, referendum, and recall—however one labels it—is only ninety years old in the United States and has been in and out of fashion during that time. Currently there is a resurgence of interest in new kinds of forces trying to overturn legislative and executive fiat by direct ballot; political scientist Thomas Cronin suggests why this is so, how it is working, and what should be done.

Cronin evaluates a host of initiatives and referenda offered in twenty-six states over the years—including some very difficult recent issues such as tax caps on spending, the death penalty, pornography, prayer in schools, abortion, and homosexual rights—and he makes sense out of what the sponsors were up to and how voters reacted. Through the analysis of hundreds of reports, studies, hearings, polls, and interviews that cover the country from Maine to California, he provides evidence to assess the state of participatory democracy—what happens when people decide to take charge after they perceive that their elected representatives have failed to understand them. Public officials, newspaper editors, legislators, and opinion makers, as well as students and scholars of political science and public administration, will turn to this book for an up-to-date understanding of the peculiarities of grassroots politics.