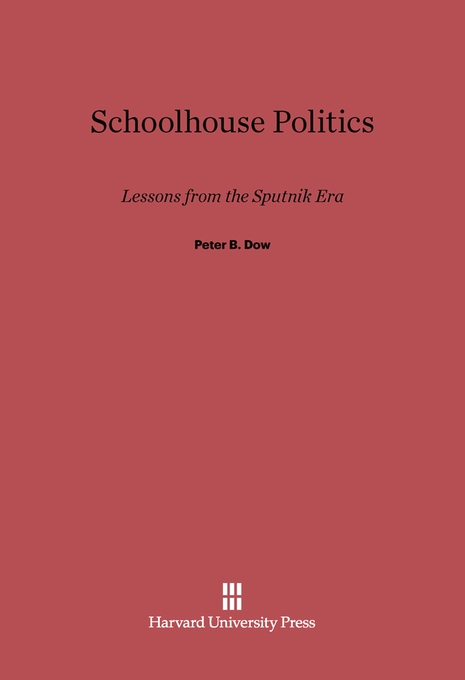 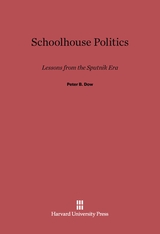 Lessons from the Sputnik Era

Schoolhouse Politics tells the story of a unique experiment in curriculum design that was developed in the 1960s and called “Man: A Course of Study” (MACOS). In an attempt to teach anthropology to ten-year-olds, Jerome Bruner and his colleagues designed an elementary school course that combined pioneering fieldwork on the social behavior of baboons, a film-based ethnographic study of an Eskimo tribe, and novel “hands on” classroom materials. Soon after its debut, MACOS was hailed as an original and exciting way to promote science literacy and to teach young people how to think like social scientists. Teachers and students alike expressed enthusiasm for the dynamic nature of the course, and it achieved nationwide distribution and widespread recognition as one of the outstanding social science curriculum projects of the period. Yet by 1975, MACOS had been driven from the schools, a casualty of a small but vocal group of conservatives critical of its content and methodology.

Peter Dow, the MACOS project director, offers a vivid insider’s account of those heady post-Sputnik days of federally funded scholar-led curriculum innovation and of the ensuing controversy that undermined the MACOS. In their attempt to close the gap between the “frontier of research” and the ordinary classroom, the MACOS team learned a great deal about the relationship between scholarship and teaching, the nature of the learning process, and what happens in a classroom when conventional textbooks are replaced by primary sources and a wide variety of media. MACOS demonstrated the power of student-directed learning, of alternative strategies for stimulating inquiry, and of nondidactic approaches to instruction. But the experience of designing and distributing the course also taught these innovators hard lessons about educational politics and the economics of American textbook development and publishing.

Today, as in the 1960s, there is enormous public pressure to “fix” the school systems. By documenting the educational debates of an earlier era, Schoolhouse Politics raises timely questions that speak to the present dilemma while offering a cautionary perspective to reformers of the 1990s who can ill afford to be naive about the politics of education reform.