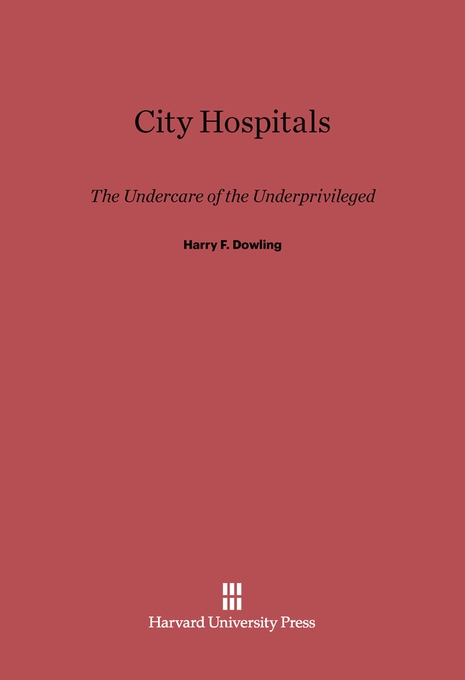 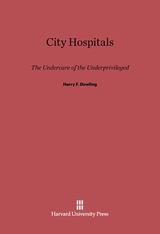 The Undercare of the Underprivileged

Maligned by the public and manipulated by politicians, today’s city hospitals often cannot keep pace with the rising costs of medical technology. But while the urban landscape decays around them and city officials debate their continued existence, these institutions provide primary care for many of the nation’s poor, and technically advanced care for some. They also serve as training grounds for many health professionals. How city hospitals have progressed so far, only to face such an uncertain future, is the subject of this clearly written and meticulously researched history.

Drawing on his personal experience as a physician and administrator, Harry F. Dowling shows that many problems facing city hospitals in the 1980s can be traced to their bleak beginnings as adjuncts to the poorhouse. Occasionally they provided satisfactory custodial care for the indigent sick, along with medical treatment comparable to the best private hospitals; more often their wards were scantily staffed with incompetent, careless attendants and characterized by filth, overcrowding, and epidemics that turned hospitals into death houses. Dr. Dowling describes how the gradual affiliation of city hospitals with medical schools, as well as the professionalization of nursing and administration, brought about the transition from almshouse to modern medical center. But by the 1960s deteriorating buildings and dwindling budgets again raised questions about the city hospital’s role in today’s medical establishment.

This book discusses a number of issues that will have a direct bearing on the future viability of these hospitals. Of particular significance will be their willingness to respond creatively to the needs of the surrounding community through emphasis on preventive medicine, family services, and care of the chronically ill.