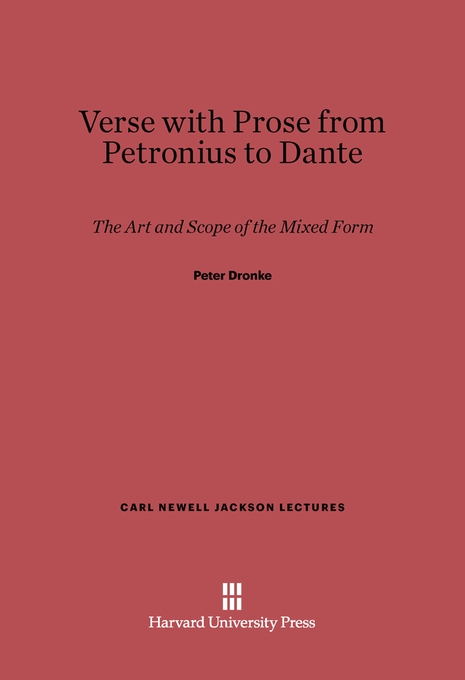 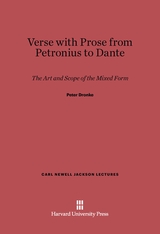 Verse with Prose from Petronius to Dante

The Art and Scope of the Mixed Form

Peter Dronke illuminates a unique literary tradition: the narrative that mixes prose with verse. Highlighting a wide range of texts, he defines and explores the creative ways in which mixed forms were used in Europe from antiquity through the thirteenth century. Verse with Prose from Petronius to Dante distinguishes for the first time some of the most significant uses of mixed forms.

Dronke looks at the way prose and verse elements function in satirical works, beginning in the third century B.C. with Menippus. He examines allegorical techniques in the mixed form, giving especially rewarding attention to Boethius’ Consolation of Philosophy. His lucid analysis encompasses a feast of medieval sagas and romances—ranging from Iceland to Italy—including vernacular works by Marguerite Porete in France and Mechthild in Germany. A number of the medieval Latin texts presented have remained virtually unknown, but emerge here as narratives with unusual and at times brilliant literary qualities. To enable not only specialists but all who love literature to respond to the works discussed, they are quoted in fresh translations, as well as in the originals.