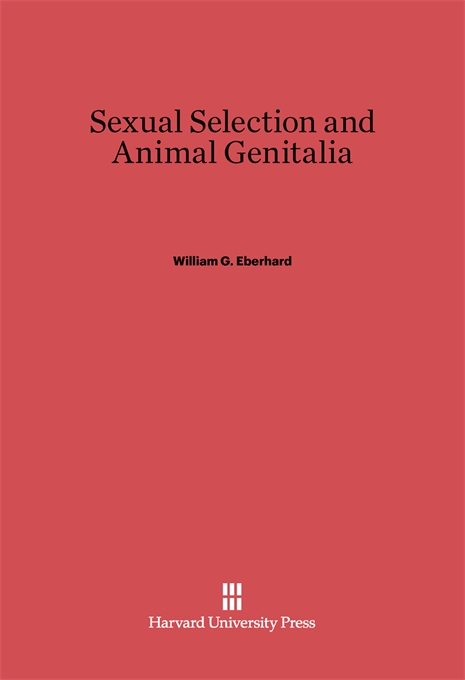 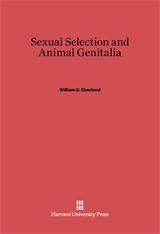 As Darwin first pointed out, two distinct evolutionary processes have contributed to the diversity of form and function in plants and animals: natural selection and sexual selection. In this book William Eberhard presents a new theory that explains male genitalic evolution as a result of sexual selection. From flatworms to fish, from moths to rodents, animal genitalia display an extraordinary variety of baroque morphologies. Not only are the forms varied, they have diverged rapidly in the course of evolution.

Why such strange forms and such rapid divergence? These questions have puzzled evolutionary biologists and animal taxonomists for over a century, and several hypotheses have been proposed. Eberhard shows that none of the explanations is adequate and proposes a new hypothesis. He views genitalia as courtship devices that function in the competition for mates by influencing the females’ choices of fathers for their offspring. To the extent that male genitalic structures affect female choices, male genitalia are subject to the same type of runaway selection as that on structures, such as the peacock’s tail, used in precopulatory courtship.

Eberhard’s hypothesis can explain the fact that in a vast range of animals, from nematodes to mammals, male genitalia tend to be more complex than female genitalia, are often more elaborate than would be required for simply introducing sperm into the female’s body, and have diverged rapidly and are thus highly species-specific in form. Although the emphasis is on theoretical explanations, many examples are presented of the vast diversity of animal genitalia: squids with arms whose tips break off and swim around inside the female after introducing an explosive, grenade-like sperm packet into her; flatworms that have rows of penes despite the presence of only a single female aperture; damselflies that give their mates contraceptive douches prior to inseminating them; and female seahorses with penes.