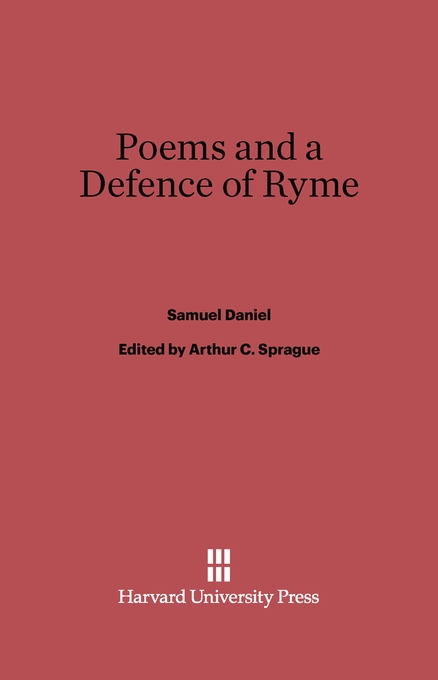 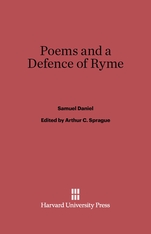 Poems and a Defence of Ryme

Samuel Daniel is known by name to even the most casual students of Elizabethan literature. But though his work has sound claims to recognition both on historical and on artistic grounds, it has long remained practically inaccessible. In the present volume are reprinted: Delia, a sonnet sequence which is believed to have influenced Shakespeare; The Complaint of Rosamond; Musophilus; Epistles; Ulisses and the Syren; and A Defence of Ryme—this last an important document in the history of English criticism. The texts are based on first editions, with full variant readings representing in many cases the poet’s own revisions. A brief Introduction is concerned with Daniel’s life and the general characteristics of his writings.