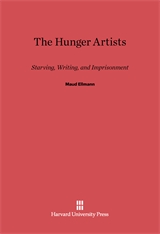 The phenomenon of voluntary self-starvation—whether by political hunger strikers or lone anorexics—is a puzzle of engrossing power, suggesting a message more resonant and radical than any uttered aloud. In this fascinating phenomenology, Maud Ellmann teases out this message, its genesis, expression, and significance. How, she asks, has the act of eating become the metaphor for compliance, starvation the language of protest? How does the rejection of food become the rejection of intolerable social constraints—or of actual imprisonment? What is achieved at the culmination of such a protest—at the moment of death? Ellmann brilliantly unravels the answers; they lie, she shows, in the inverse relationship between bodily hunger and verbal expression, especially the written word.

Ellmann explores Yeats’s idea of hunger as the food of poetry, Dickinson’s belief that by abjuring food one could subsist as a god, and the dramatic messages of our century of starvers from Mahatma Ghandi to Jane Fonda. Central to her discussion is a striking comparison between the Irish Hunger Strike of 1981 and the plot of Richardson’s Clarissa, in which a young woman starves to death in penance for—or, perhaps, revenge against—her rape. Both cases exhibit an extreme abundance of written words in the face of diminishing flesh.

The Hunger Artists plumbs this vampirical feeding of words on flesh, revealing strange and undeniable affinities between the labor of starvation and the birth of letters, diaries, poems, books. Ellmann works in the spirit of Kafka, who, emaciating his prose, slimmed the weighty nineteenth-century novel into compelling short tales; her prose is crisp, her message clear. She takes the bodily metaphors to their literal conclusion, to the death beds of Clarissa Harlowe and Bobby Sands, and thereby allows those bodies and those metaphors to speak to us anew.