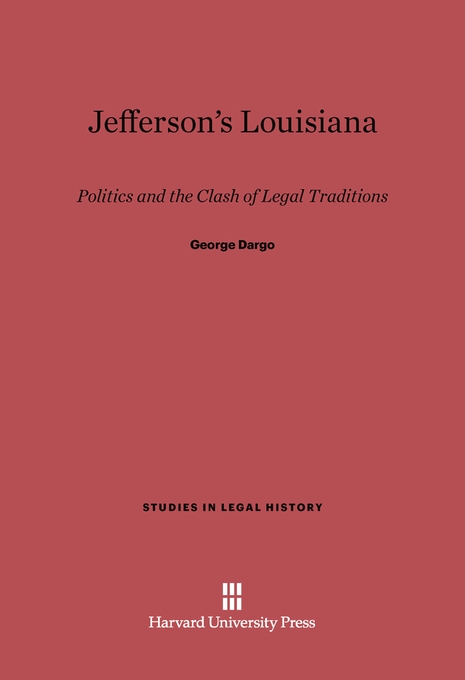 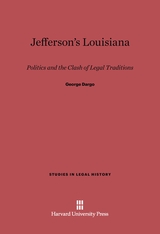 Politics and the Clash of Legal Traditions

The acquisition of Louisiana in 1803 brought the new American nation into contact with the largely French population of the lower Mississippi basin. Thomas Jefferson, reflecting contemporary American opinion, did not believe that the United States could incorporate Lower Louisiana into the Union as an independent state until the very character of the people and the institutional foundation of their culture had been thoroughly Americanized. The pivotal issue that came to symbolize this conflict was the struggle between Louisiana civil law and Anglo-American common law.

Which system of law would prevail in a distant and strategically vulnerable territory of the United States? George Dargo shows how this important question was partially resolved by events outside the strict confines of legal controversy. The book attempts to reconnect legal history and general history, for its major contention is that the Louisiana Digest of 1808 was as much a political effort to forestall wholesale cultural transformation as it was a decision responsive to legal problems.

The preservation of major civil-law institutions in Louisiana was not inevitable, the author argues, but was the result of a special concatenation of historical events which reinforced local determination to resist Jeffersonian efforts to alter Louisiana’s established civilization.