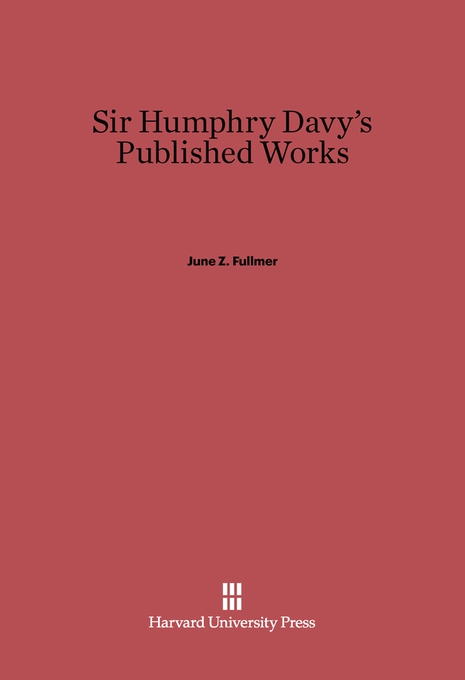 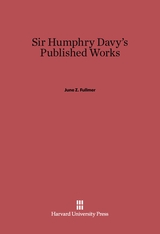 Sir Humphry Davy (1778–1829) was a leading and controversial member of the international scientific community. Davy’s publications received all the publicity available to an early nineteenth-century scholar. For that reason the history of his publications is of interest not only for what it reveals of Davy but for what it tells about the fate of scientific news during this period.

For more than a century it was assumed that the nine-volume Collected Works of Sir Humphry Davy represented the definitive statement of his contributions. That collection does include the major works on which Davy’s fame depends; however, many papers were omitted. This annotated bibliography lists Davy’s published writings that appeared during his lifetime and posthumously.

Translations of Davy’s papers and reports of his experimental findings printed prior to the official versions are included. Critical reviews in journals not exclusively devoted to scientific subjects have also been catalogued. These translations, reports, and reviews, which frequently forced Davy to further publication, round out the history of his publishing. Through a guide to the location of the first reports of Davy’s papers, it is possible to trace the diffusion of scientific news and its reception on the Continent. June Z. Fullmer indicates the accuracy of the translations and shows how the changes made by continental editors often distorted Davy’s views, and acerbated a scientific atmosphere already ripe with controversy.