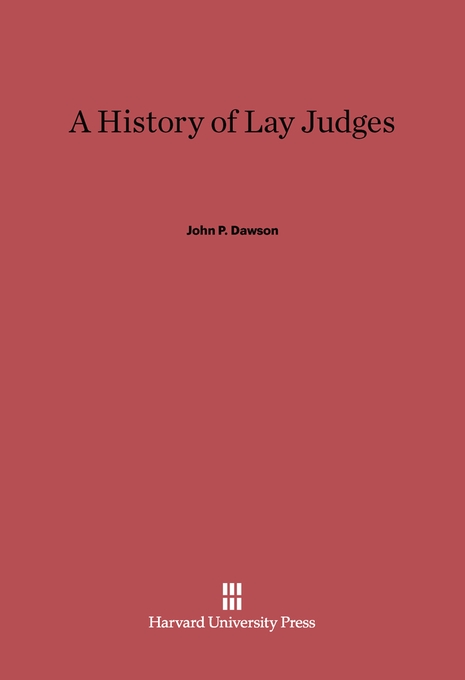 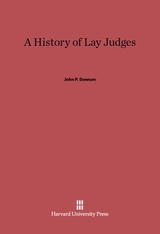 A History of Lay Judges

What caused the divergence of legal systems in France and England? Comparing the role of lay judges in Rome, Germany, France and England, John Dawson seeks to show how the courts developed different relations with the community. The crucial decisions of the 13th century, when the French monarchy was relatively weak and the English monarchy was strong, confirmed in France the displacement of community courts by crown functionaries or by feudal lords, and fostered in England the preservation of local community courts as agencies of self-government.

Lawyers and historians have generally underrated the importance of manor courts in England, where, until 1600 at least, the population was largely rural. To illustrate their significance, Dawson studies a typical manor, Redgrave in Suffolk; and similar modes of community action are noted in the boroughs and towns.

Analysis of the Roman system and its later impact on the medieval community courts initiates Dawson’s study of the relationship between legal structure and political organization. Marshalling a wealth of evidence, he demonstrates that French suppression and English preservation of local self-government have had vital consequences in the political structures of modern Europe.