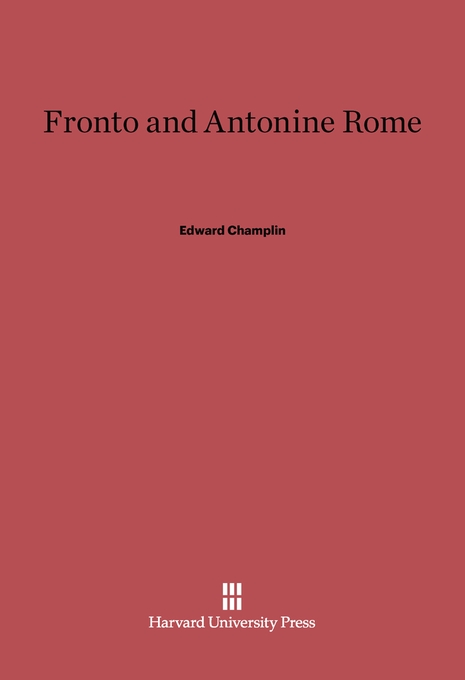 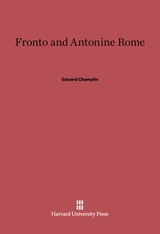 This is a study of a man who was the presiding genius of Latin letters in the second century, the leading orator and lawyer of his day, a prominent senator and consul, the close friend of four emperors and the teacher of two, including the philosopher-emperor Marcus Aurelius. It is a history that tells as much about the age as the man.

The book begins in Roman North Africa, with an account of Fronto’s family and education and the province’s influence on his career. After a brief glance at his Italian milieu, Edward Champlin examines Fronto’s letters for what they reveal about Fronto and about literary life in the second century. Next come portrayals of Fronto as lawyer, as senator, and as courtier—chapters in Fronto’s life that yield a full picture of Antonine society. A final chapter discusses what Marcus Aurelius learned from the orator.

The fragmentary nature of Fronto’s letters has seriously hampered their use as a historical source. By close analysis of many of the letters and by the deployment of formidable prosopographical skills, Champlin has coaxed information out of this rich material, and he weaves it into a clear social history.