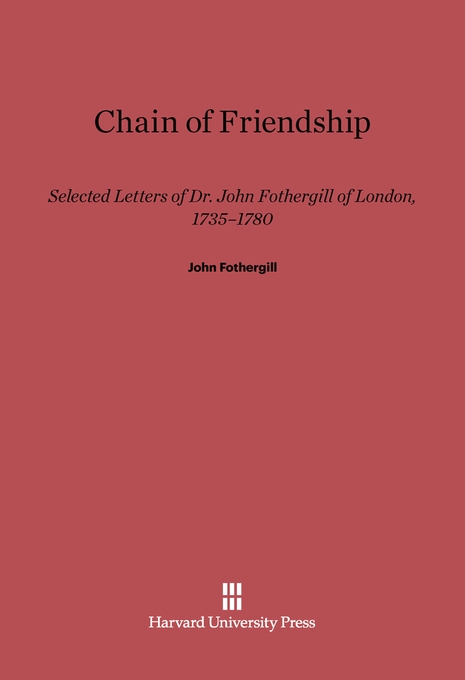 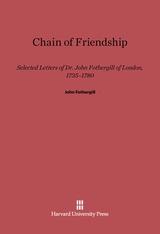 Of his friend of many years, Dr. John Fothergill, Benjamin Franklin wrote: “I can hardly conceive that a better man has ever existed.” Fothergill’s letters provide a fascinating perspective of his time—a totally different view from that given by his contemporaries Horace Walpole and Dr. Johnson.

The “Quaker internationalist” (as his editors aptly call him) was during the middle decades of the eighteenth century one of the half dozen leading physicians of London, a horticulturist of great distinction, an educational reformer, a patron of many philanthropic causes, and a tireless friend of Americans and the cause of American rights. He was exceedingly generous as a patron of scientific undertakings and of young Americans abroad. He founded a famous Quaker school for boys and girls which is still flourishing; he helped found various benevolent and educational institutions in America and he continually subsidized worthy books and gave them to worthy recipients.

All these activities and others are recorded in the some two hundred letters here selected for publication. They throw light on Quaker history on both sides of the Atlantic, on advances in medical science and institutional care of the sick, on discoveries in natural history, and on political developments from the Jacobite Rebellion through the American Revolution. From the beginnings of the rift between colonies and mother country, Fothergill served as a vigorous advocate of conciliatory measures and commonwealth status for America, speaking with equal frankness and impartiality to leaders on both sides until well after hostilities began.

A few weeks before he died (at the end of 1780), he wrote Franklin in France to say that with all Europe leagued against England nothing could be hoped for her from this war, but that the world might hope for the establishment of a tribunal to settle disputes among nations and preclude war as an instrument of policy.

This edition includes a substantial introduction, and the letters have been annotated with great skill and authority. Lyman Butterfield, well known editor of the Adams Papers, says, “I have never encountered annotation on bibliographical, biographical, medical, botanical, and topographical matters that is more unfailingly readable per se. The transatlantic combination of editors was obviously just right. Toward understanding one prominent strand in the cultural history of the 18th century, this book is a uniquely valuable contribution.”