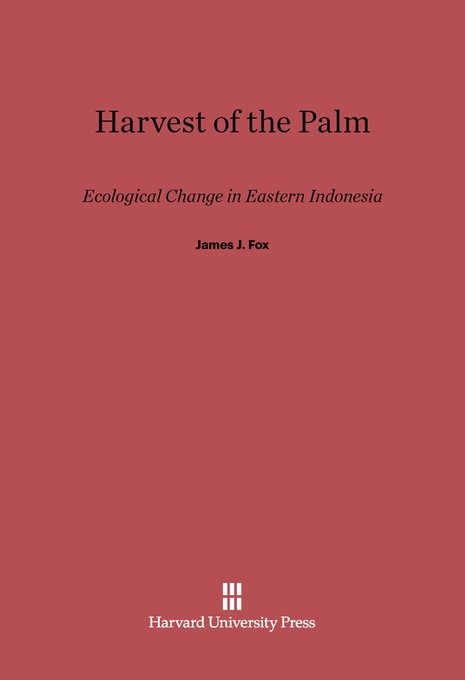 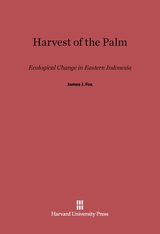 Harvest of the Palm

Paradoxically, at a time when hunting and gathering societies are almost a thing of the past, a subsistence system based on gathering is not only persisting but actually gaining ground in southeastern Indonesia. The economy of the small islands of Roti and Savu is centered on the intensive use of the lontar palm tree, whose juice is the staple of the people’s diet and whose leaves, leafstalks, and trunks provide the wherewithal for their housing and most of their needs.

This economy, marvelously stable and adaptive, is described in detail by James Fox, and is contrasted with that of the large neighboring islands, Timor and Sumba; there slash-and-burn agriculture has led to steady ecological deterioration, in the wake of which the lontar economy of the smaller islands has gained a foothold and is gradually expanding. How these developments came about is revealed by an examination of the history of the islands over several hundred years and the effects of the policies of successive colonial governments. The historical perspective adds depth to the ethnographic presentation and is vital to the anthropological analysis of social change.

In preparation for the writing of this book the author spent three years in the Timor area, especially on Roti; learned Dutch, Indonesian, and several local island dialects; and had done intensive historical research in Indonesia and in archives in the Netherlands.