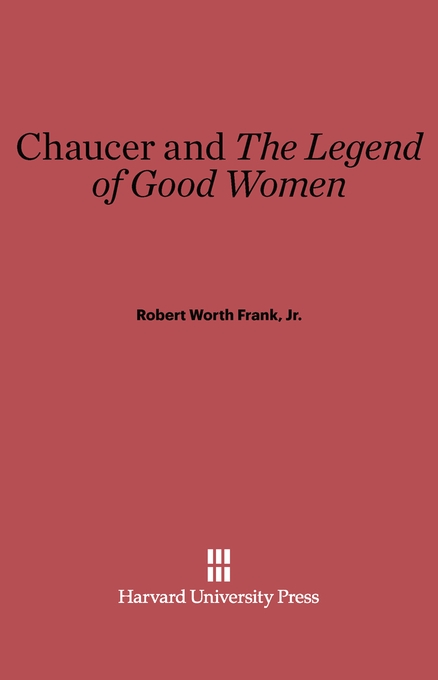 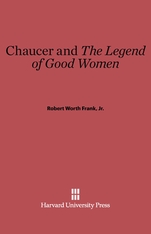 Chaucer and The Legend of Good Women

Designed to fill a gap in Chaucerian studies, this book offers new insight into the development of Chaucer’s artistry at a critical point in his career, after he had completed the Troilus and just before he embarked on The Canterbury Tales. Chaucer and The Legend of Good Women rejects the usual critical assessment of the Legend, setting it forth instead as a serious and experimental work, an important and necessary prelude to the achievement of The Canterbury Tales.

Robert Worth Frank, Jr., begins his analysis of the Legend with a careful consideration of Chaucer’s situation in 1386, the year he presumably began the Legend. It was, he suggests, a moment in his career propitious for change—change in subject and in art as well. The Legend reveals this change in the process of its accomplishment.

Frank stresses that the road to The Canterbury Tales runs through the Legend. In tracing the route he shows how Chaucer broke away from the limited tradition of courtly love and experimented with a variety of tones and styles and an expanded range of subject matter, with a new verse form, the pentameter couplet, and with new techniques of compression which led to a greater dedication to the short narrative form. The individual legends, though not Chaucer’s greatest creations, have merits of their own. The general uniformity of theme proves misleading. The legends provide Chaucer with a broader canvas than he had ever used before, making possible a wide variety in tone and dramatic incident.

Above all, this study, enlivened by the author’s supple and spirited prose, depicts Chaucer boldly committing himself to the great world of story and thereby drawing on some of the most enduring classical myths for material and moving toward a new art and a new and richer realm of human experience.