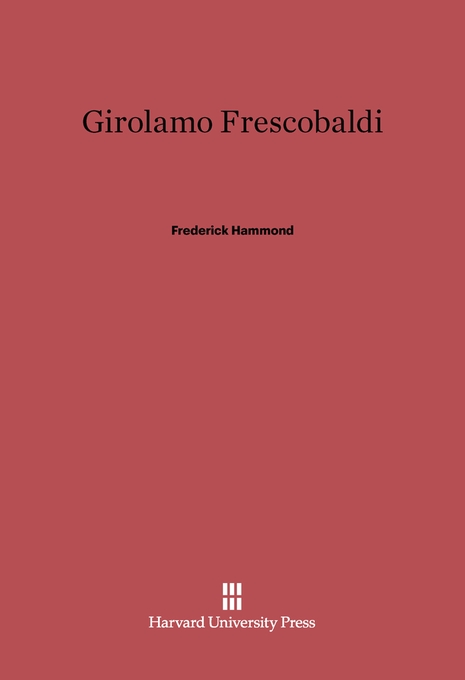 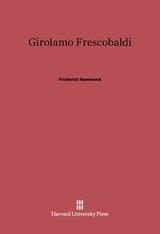 He was a prodigious virtuoso—it is said that his first organ recital at St. Peter’s in Rome attracted an audience of 30,000—and he was unquestionably the most important Italian composer of keyboard music before Bach. Baroque in every sense of the word—flamboyant, elaborate, richly ornamented, sometimes bizarre—his music was tremendously influential on composers of his own day and on musicians of future generations.

Frederick Hammond’s vivid description of Girolamo Frescobaldi’s career adds up to a picture of musical life in seventeenth-century Italy: the prevalence of wealthy patrons; the kinds of church music required for services in this period; the private musical entertainments common in palaces and villas; the instruments available to Frescobaldi in the churches and residences where he played and supervised performances. Hammond discusses antecedents and sources of Frescobaldi’s style, the forms he used, his thematic devices and harmonic and contrapuntal techniques. A final chapter tackles performance questions. Here is the first full-length book on Girolamo Frescobaldi in English, and the most complete in any language.