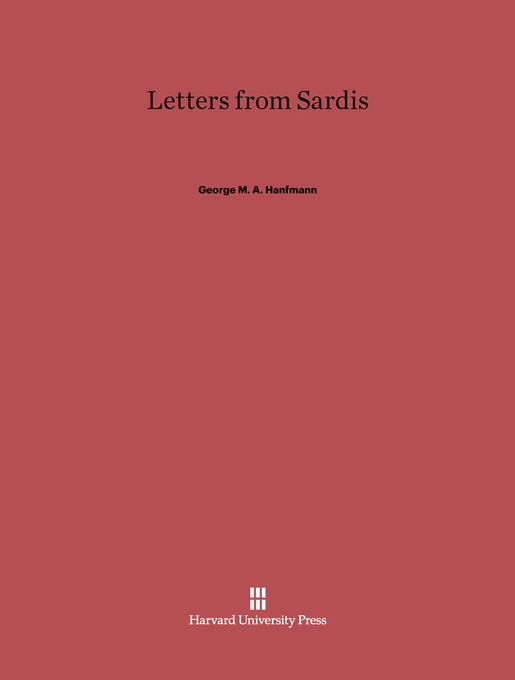 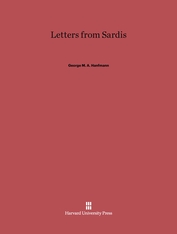 The metropolis of Asia Minor and one of the great capitals of antiquity, Sardis was the place where legendary Croesus ruled, where coinage was invented, and economic history revolutionized. The letters published in this book provide an informal account of fourteen years of work by a Harvard–Cornell team to retrieve evidence of the greatness of Lydian culture as well as of the Prehistoric, Hellenistic, Roman, and Byzantine civilizations that preceded and followed the Lydian kingdom.

Written each season from the field by George Hanfmann, Field Director of the expedition and John E. Hudson Professor of Archaeology at Harvard University, the letters have allowed friends and supporters of the project to share in the important aspects of a dig at a major site—the excitement and disappointments inherent in a scholarly quest of long-buried cultures, the multiplicity of unexpected complications, human, mechanical, and environmental. The letters reveal the diversity and variety of methods, tasks, and problems that a dig brings into play: from analysis of minute gold pieces to construction of a seventy-foot crane; from checking 500 items through customs to deciphering an unknown language. They chronicle both successes and failures: the discovery of the gold-refining plant of Croesus and his ancestors, the unexpected emergence of the world’s largest early synagogue and its restoration, and the valiant but unsuccessful attempt to locate the burial chamber of the founder of the Lydian kingdom by tunneling through a huge mound.

The letters have an immediacy that no generalized or retrospective account could have. More than 200 black and white and five color photographs and three maps illustrate the letters, which serve as a pleasurable introduction to archaeology and a report on a major community on the boundary of the Mediterranean and the Near East spanning 5,000 years. Letters from Sardis also provides a survey of the most important scientific and scholarly results attained by one of the major archaeological projects in the classical lands.