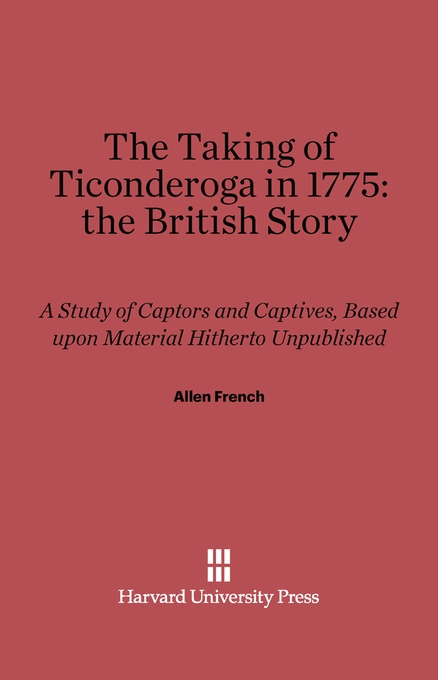 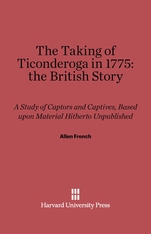 The Taking of Ticonderoga in 1775: the British Story

A Study of Captors and Captives, Based upon Material Hitherto Unpublished

Fort Ticonderoga was taken from the British in May, 1775, and ever since there has been controversy as to certain of the events, particularly the services of Ethan Allen and Benedict Arnold. All these years there has remained, unsuspected, in the papers of Thomas Gage, commander-in-chief in America at that time, the detailed report of the officer who confronted Allen and Arnold on their entering the fort. The Gage papers, now owned by Lord Gage, were first opened to American students last summer; and Allen French, the first to examine them, has used the British Ticonderoga report as a basis of a new study of the capture. Depending only on contemporary material, American as well as British, he gives the facts of the story as they will be accepted in the future.