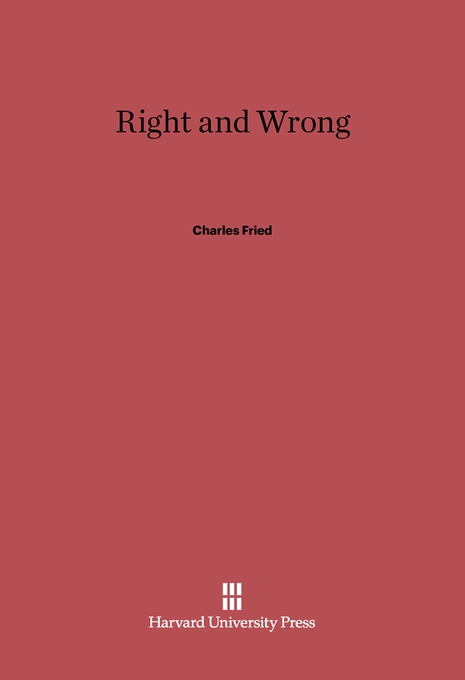 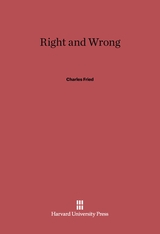 Some acts are wrong, even if they have good results, and some are right even if the world would have been a better place without them. Here is a cogent and lucid argument for a system of morality that makes place for that which is right or wrong in itself and not just according to consequences. Charles Fried develops in this book a conception of right and wrong that supports judgments on subjects as various as tax structure, self-defense, kidney transplants, tort liability, and freedom of speech.

Fried begins by examining the demands of morality in two quite different cases: harming the innocent (where ordinary moral consciousness suggests absolutes) and lying (where consequences seem pertinent). Upon this foundation he elaborates a theory of rights that accounts for the obligation to contribute to the welfare of others but accounts also for the limits of that obligation. Comparisons and contrasts are drawn to economic theories of rights, and to the writings of Dworkin, Nozick, and Rawls. Finally, Fried considers how choices made within personal and professional roles—by friends and kin, by doctors and lawyers—are susceptible of moral judgment.

Right and Wrong will have an impact on ethical, legal, and social theory, and will profit anyone thinking about the requirements of a moral life.