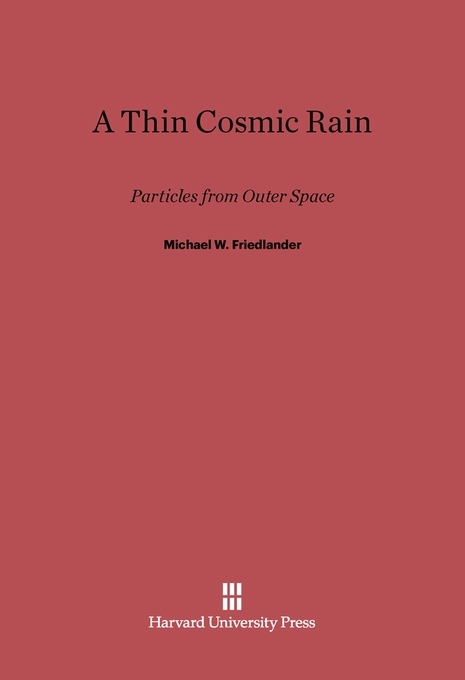 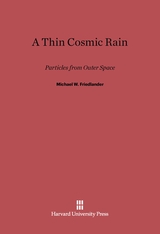 Enigmatic for many years, cosmic rays are now known to be not rays at all, but particles, the nuclei of atoms, raining down continually on the earth, where they can be detected throughout the atmosphere and sometimes even thousands of feet underground. This book tells the long-running detective story behind the discovery and study of cosmic rays, a story that stretches from the early days of subatomic particle physics in the 1890s to the frontiers of high-energy astrophysics today.

Writing for the amateur scientist and the educated general reader, Michael Friedlander, a cosmic ray researcher, relates the history of cosmic ray science from its accidental discovery to its present status. He explains how cosmic rays are identified and how their energies are measured, then surveys current knowledge and theories of thin cosmic rain. The most thorough, up-to-date, and readable account of these intriguing phenomena, his book makes us party to the search into the nature, behavior, and origins of cosmic rays—and into the sources of their enormous energy, sometimes hundreds of millions times greater than the energy achievable in the most powerful earthbound particle accelerators. As this search led unexpectedly to the discovery of new particles such as the muon, pion, kaon, and hyperon, and as it reveals scenes of awesome violence in the cosmos and offers clues about black holes, supernovas, neutron stars, quasars, and neutrinos, we see clearly why cosmic rays remain central to an astonishingly diverse range of research studies on scales infinitesimally small and large.

Attractively illustrated, engagingly written, this is a fascinating inside look at a science at the center of our understanding of our universe.