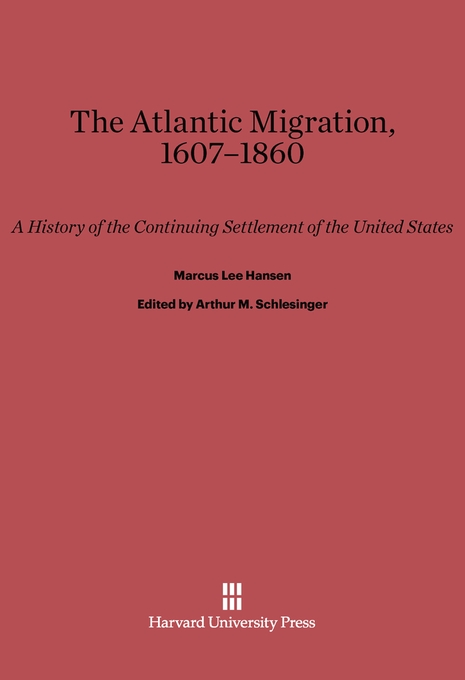 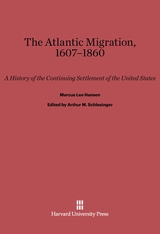 A History of the Continuing Settlement of the United States

Well-worn jokes about the number of passengers on the Mayflower have emphasized in popular terms the fact that after all the “Old American” element does not preponderate in the population of the United States. As a matter of fact, Americans who cannot boast of Mayflower ancestors have just as much right to pride in their own forebears, who with equal fortitude and self-sacrifice, though with less attention from historians, braved the Atlantic at later times. It is to these later waves of immigration, particularly in the early and middle nineteenth century, that Marcus Hansen pays most attention. He takes his stand in Europe rather than in America, leaving other authors to tell the story of the newcomers after they reached the United States. He shows conditions in Europe that made people want to come to the New World: changes in agriculture and landholding, natural disasters, political oppression, religious discrimination, high pressure activities of emigrant agencies, and improvements in transportation. All these factors contribute their brilliant details to the picture, which Hansen has painted with unusual vividness, never forgetting that he is writing about flesh-and-blood human beings, never overlooking those little human touches that deeply affected the personal lives of millions of wandering men and women and children.