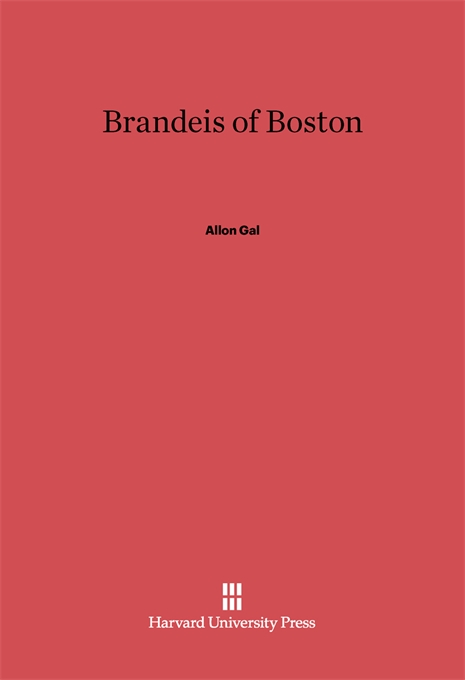 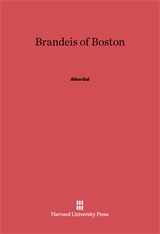 This compelling biography of Louis D. Brandeis uncovers the social and psychological roots of his progressivism, ethnicity, and Zionism. Beginning with a detailed description of Brandeis’s evolution as a Jew in the Puritan world of Boston and Harvard, Allon Gal lays the groundwork for understanding the conflicts of values and interests that marked Brandeis’s career. He traces Brandeis’s growing skepticism of Yankee ethics and cultural values. At the same time, Gal unfolds Brandeis’s admiration of Jewish laborers and professionals because of their struggles and idealism. He found Jews to be in sharp contrast to his Yankee acquaintances, who first had separated him out socially and then had isolated him professionally. This estrangement culminated in the Brahmins’ rejection of President Wilson’s suggestion to make Brandeis attorney general.

Paradoxically, although Brandeis was viewed as an outsider by Bostonians, he was judged to be an unrepresentative Jew by the Jewish elite. Doubly alienated, Brandeis began to redirect his career toward a more militant course of social reform and an ideal of a Jewish state. Gal’s book is thoughtful and scholarly and is an unusual contribution to the understanding of one of the major figures of Jewish and American history.