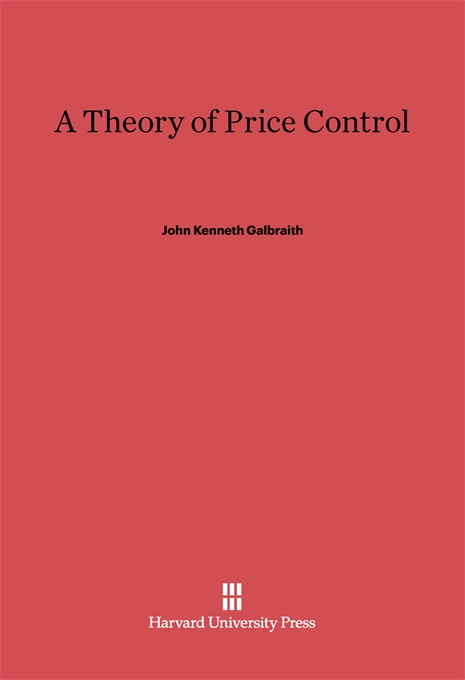 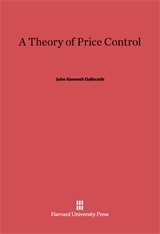 A Theory of Price Control

With a New Introduction by the Author

With our national economy in disarray, it is natural to look for guidance to those who successfully controlled inflation in the past. No one has been more successful at this difficult task than John Kenneth Galbraith, who had a leading role in designing the system of price controls and who went on to administer them during World War II. As Galbraith says in the new introduction to this book he wrote on his wartime experience, “Inflation is not part of the memory or history of World War II.” And had the controls not been lifted prematurely soon after the war, the subsequent bulge in prices, Galbraith suggests, would have been fairly modest.

This successful use of price controls, Galbraith argues, was due to three things. In the first place, the major part of the economy, consisting as it did of industries with few large employers and few large trade unions, was relatively easy, administratively, to control. Second, the excess capacity of plant and labor force resulting from the Great Depression permitted supply to increase greatly, thus easing the pressure on price ceilings. Third, people had tremendous confidence in the future purchasing power of the dollar; and since they could not purchase civilian goods, they were more than willing to work and save for the day when they could.

Although the last two conditions no longer hold in this country, many of the lessons learned from the wartime experience and recounted in this unique book could be applied, with profit and instruction, to our current difficulties.