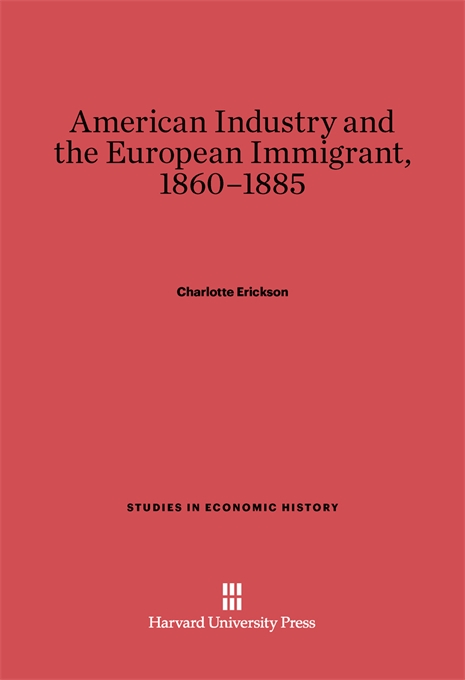 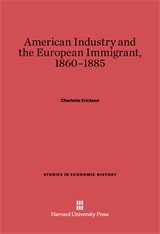 American Industry and the European Immigrant, 1860–1885

Historians have assumed on occasion that during the years of rapid industrial expansion American industry imported hosts of immigrant workers on contracts from Europe, either to work for low wages or to break strikes.

Charlotte Erickson shows that contract labor was not nearly as important as had been previously supposed. Sometimes manufacturers used the system to get skilled workers, but generally they were disappointed with the results obtained.

The distribution of unskilled labor, both immigrant and native, was organized in the major American cities by employment offices which expanded and developed their activities during these years.

This book differs from many others in this field in that it is not concerned exclusively with one nationality. It contains the first published analysis of the American Emigrant Company, as well as a full account of early contacts between American and British trade unions aimed at regulating migration.