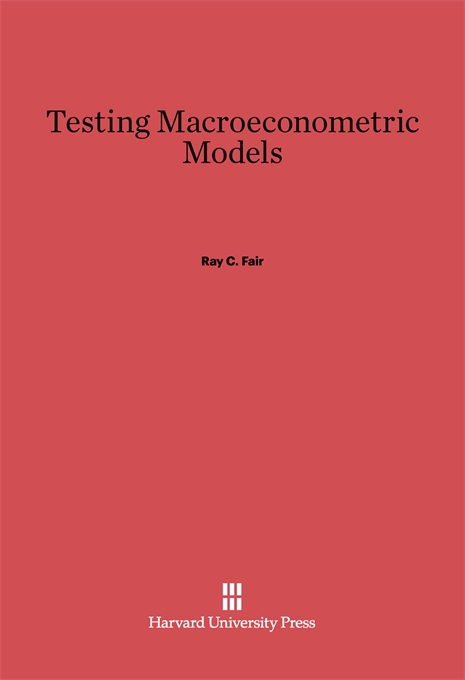 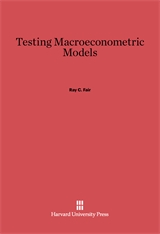 In this book Ray C. Fair expounds powerful techniques for estimating and analyzing macroeconometric models. He takes advantage of the remarkable decrease in computational costs that has occurred since the early 1980s by implementing such sophisticated techniques as stochastic simulation. Testing Macroeconometric Models also incorporates the assumption of rational expectations in the estimation, solution, and testing of the models. And it presents the latest versions of Fair’s models of the economies of the United States and other countries.

After estimating and testing the U.S. model, Fair analyzes its properties, including those relevant to economic policymakers: the optimal monetary policy instrument, the effect of a government spending reduction on the government deficit, whether monetary policy is becoming less effective over time, and the sensitivity of policy effects to the assumption of rational expectations.

Ray Fair has conducted research on structural macroeconometric models for more than twenty years. With interest increasing in the area, this book will be an essential reference for macroeconomists.