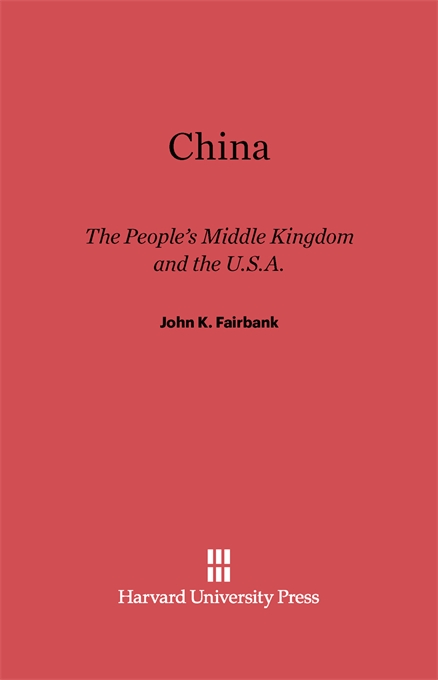 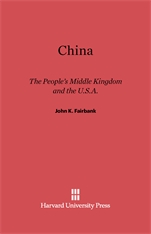 The People’s Middle Kingdom and the U.S.A.

Public discussion of our China policy in recent months has emphasized the need for a historical view of the ancient “Middle Kingdom” (the Chinese name for China) and its modern revolution. John King Fairbank has been a leading witness before Congressional groups such as Senator Fulbright’s Committee on Foreign Relations, where his testimony received worldwide attention. This volume presents the major themes of his testimony more fully by bringing together essays first published in various national journals, mainly in 1966.

The three parts of this book—“China’s Revolution in the Light of Her Past,” “The Taiwan Problem,” and “Communist China and American Policy”—all bring a knowledge of China’s long tradition to bear upon her present crisis. China’s past still provides the main repertory of themes and styles, assumptions and methods, upon which her leaders draw in trying to meet their problems. Mao and his party are both circumscribed and inspired by the history of their Middle Kingdom. Although this history is by no means the sole determinant of their actions, it is the specific factor least well known, and therefore most illuminating, to Americans.

The importance and timeliness of these essays, the urgency of their subject matter, are plain enough. As Fairbank says, “We have to face the fact that the Chinese quarter of mankind live on the other side of a cultural gap, and our effort to bridge this gap in the next decade may make us or break us.”