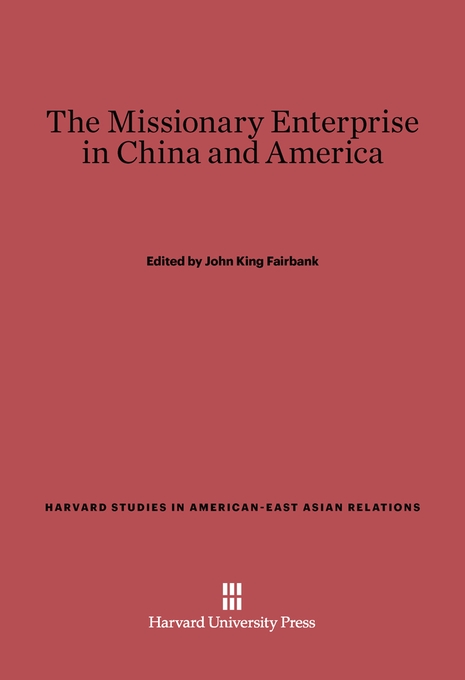 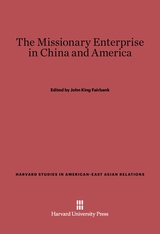 The Missionary Enterprise in China and America

For more than a century missionaries were the main contact points between the Chinese and American peoples. Often frustrated in saving Chinese souls, they nevertheless founded hospitals and colleges, and meanwhile on the American scene they helped form the image of China.

This volume offers views of missionary roles in the United States and in China. Early American Protestant missions moved on from the Near East to the Far East. The second great surge of American missionary expansion in the 1880s was signaled by the formation of more business-like mission boards, by the Student Volunteer Movement to recruit liberal arts college graduates for evangelism abroad, and by the Layman’s Movement to back them up. During the same period in China, missionary journalism was reaching a new Chinese-Christian community, and missionary educational and medical work was building modern institutions of social value for Chinese communities. A few “Christian reformers” emerged in China’s treaty ports, and by the end of the century there was a missionary contribution to the reform movement in general.

By the 1920s missionary and Chinese Christian educators were collaborating in Christian colleges like Yenching University, only to meet eventual disaster as the Nationalist revolution and Japan’s invasion precipitated the great Chinese Communist-led revolution of the 1940s and after. American missions contributed fundamentally both to the revolutionary changes in China and to the American public response to them, although their impact on American policy s less clear.

Fourteen contributors studying both sides of the missionary effort, in China and in America, present case studies that suggest conclusions and themes for research.