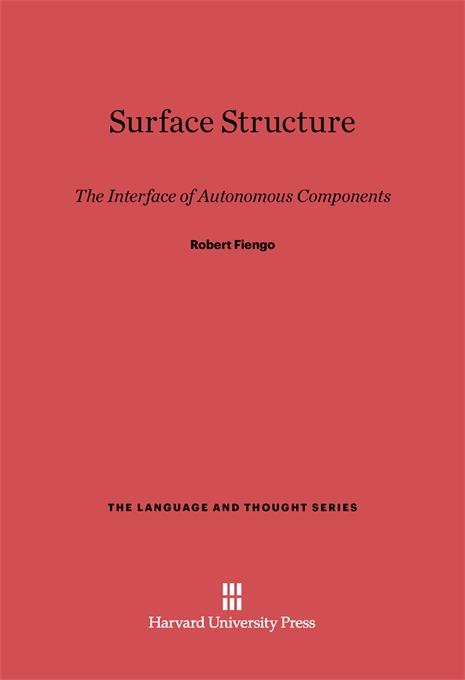 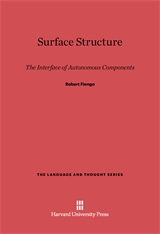 The Interface of Autonomous Components

The Language and Thought Series

Surface Structure provides a complete and up-to-date exposition of a major variant of the Chomskian theory of language: the so-called Revised Extended Standard Theory. Robert Fiengo presents the theory in a clear and succinct way and shows how many of the leading ideas in the theory can be deepened and strengthened. It is Fiengo’s central thesis that there is a syntactic level—surface structure—which constitutes the interface between syntactic, lexical, morphological and semantic components of the grammar. This thesis is defended across a broad range of problems in English grammar, resulting in a significant increase in the empirical coverage of the theory.

Although not a polemical work, Fiengo’s book addresses many of the current controversies in linguistics and presents a rationale for guiding choices among competing theories. At a time when linguistic theories appear to be diverging in an explosive fashion, this lucid and current discussion is precisely what is needed.