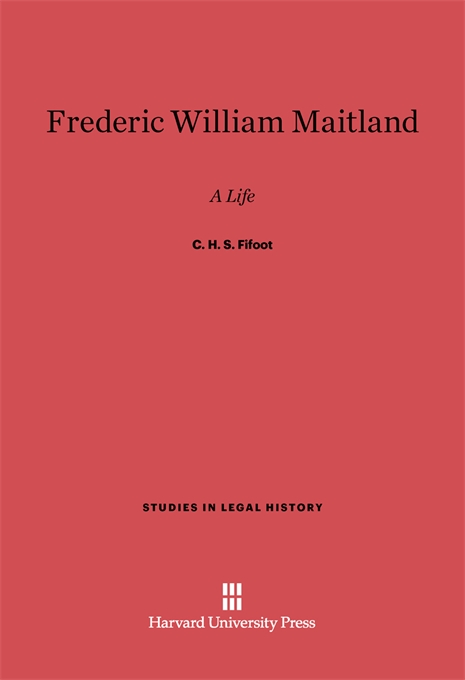 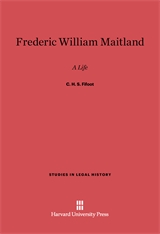 Renowned as a great scholar, teacher, and legal historian, Frederic William Maitland (1850–1906) advanced the cause of legal history, opposing the idea that legal history was law and not history, yet believing in the advantage of legal training.

He was Downing Professor of Law at Cambridge, helped to found the Selden Society, and himself edited Henry de Bracton’s Notebook and four Year Books of Edward II. With Sir Frederick Pollock he wrote the brilliant work that is still a standard, The History of English Law before the Time of Edward I. He edited Memoranda de Parliamento, and wrote Domesday Book and Beyond, Township and Borough, and Roman Canon Law as well as many papers on legal history and law. His lectures on Equity, on The Forms of Action at Common Law, and on Constitutional History of England were published after his death.

C. H. S. Fifoot has written this biography of Maitland with care and devotion in a style that is lucid and eloquent. He traces the origin and development of Maitland’s works, using them to reveal the man himself and his qualities of mind and spirit. Mr. Fifoot places his subject in the context not only of his age, but also of his family and friends. He has drawn on Maitland’s letters as well as unpublished letters of his friends, private papers, manuscripts, and recollections, much of which would otherwise have perished. The many quotations of Maitland he has incorporated are delightful and revealing.