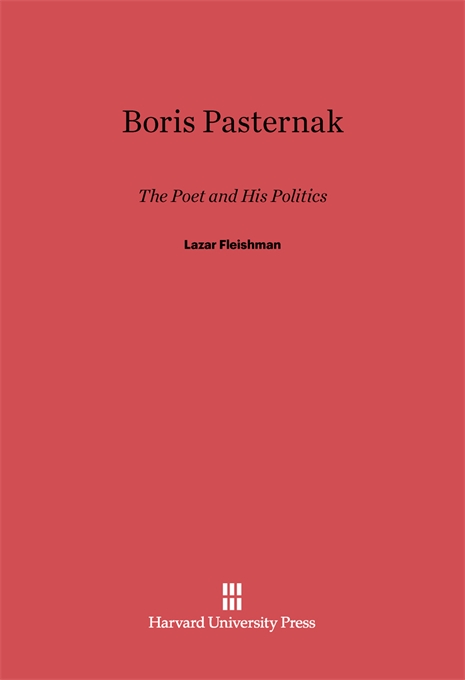 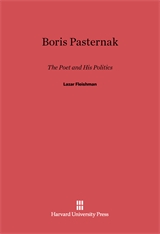 The Poet and His Politics

Boris Pasternak has generally been regarded as an artist who was indifferent to the literary and political storms of his time. Lazar Fleishman gives the great writer’s life a new perspective. He shows that Pasternak’s entire literary career should be regarded as a complex and passionate response to constant changes in Russian cultural and social life.

Drawing on a vast array of sources, Fleishman’s chronicle encompasses both the familiar and the little-known aspects of the poet’s life and work. He describes the formative role played by Pasternak’s father, a prominent Russian painter, and the intellectual endeavors of the young man before his literary debut. He explores the intricate relations of Pasternak to the main movements of literary modernism, including symbolism and futurism.

Particularly informative are the chapters devoted to the postrevolutionary years. Fleishman untangles the poet’s contacts with leading political figures (Stalin, Trotsky, Bukharin) and fellow writers (Gorky, Mayakovsky, Tsvetaeva, Akhmatova, Mandelshtam), and examines his changes in fortune during the purges and World War II. He shows how Pasternak was perceived by Western contemporaries and how significant their moral support was for him during the darkest years of Stalin’s regime. He provides explanations for the Christian themes in Pasternak’s later work, as well as the poet’s peculiar view of Jewry. Finally, Fleishman recreates the vicissitudes of the publication of Doctor Zhivago and the ensuing Nobel Prize scandal in 1958. A fascinating description of the writer’s career in broad context, this book will be welcomed by everyone interested in Pasternak and in twentieth-century literature.