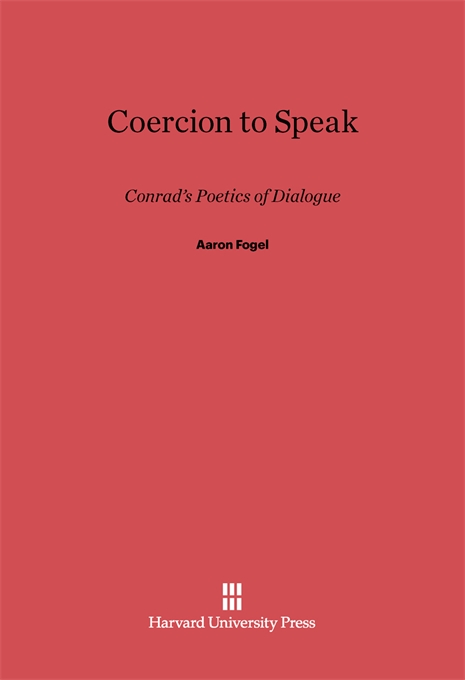 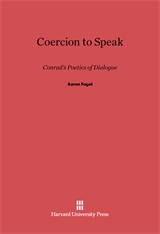 Novelists have individually distinctive ideas of dialogue, Aaron Fogel argues. In this analysis of Conrad’s narrative craft he explores—with broad implications—the theory and uses of dialogue.

Conrad’s was a distinctive reading of the English language conditioned by his particular idea of forced speech and forced writing. Fogel shows how Conrad shaped ideas and events and interpreted character and institutions by means of dialogues representing not free exchange but various forms of forcing another to respond. He applied this format not only to the obvious political contexts, such as inquisition or spying, but also to seemingly more private relations, such as marriage, commerce, and storytelling. His idea of dialogue shaded the meanings he gave to words even to characters’ names. Conrad is particularly interested in scenes in which a speech-forcer is surprised, repudiated, or punished. Fogel concludes that Conrad increasingly saw the punishment of the speech-forcer as classically related to Oedipus inquiries, in which the provoked answers rebound upon and destroy the forcer. This punishment is—as Shakespeare, Scott, and Wordsworth also dramatically intuited—the classical Oedipal dialogue scene.

Fogel’s analysis ranges widely over Conrad’s fiction but focuses especially on Nostromo, The Secret Agent, and Under Western Eyes. His readings offer a balanced critique of Mikhail Bakhtin’s theories about dialogic. Conrad’s novels have many of the features Bakhtin identified as dialogical; but he was preoccupied with coercion in dialogue form. Fogel proposes that to understand this form is to begin to reconsider our political and aesthetic assumptions about what dialogue is or ought to be.