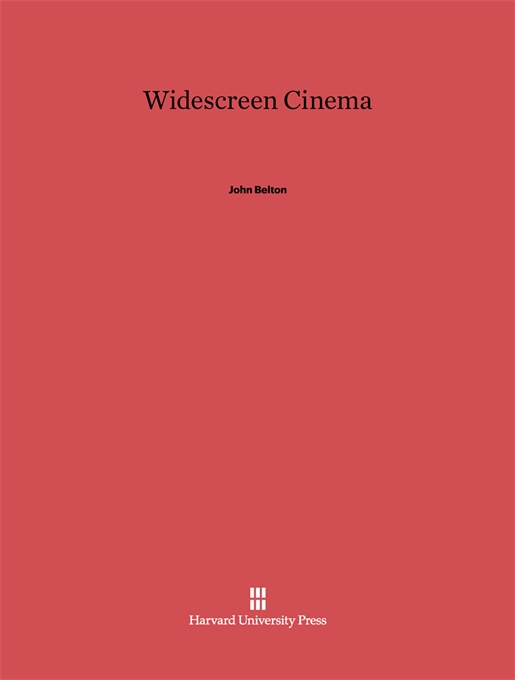 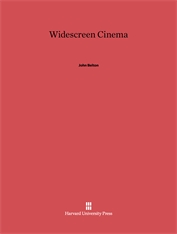 “Ladies and gentlemen: THIS IS CINERAMA.” With these words, on September 30, 1952, the heavy red curtains in New York’s Broadway Theatre opened on a panoramic Technicolor image of the Rockaways Playland Atom-Smasher Roller Coaster—and moviegoers were abruptly plunged into a new and revolutionary experience. The cinematic transformation heralded by this giddy ride was, however, neither as sudden nor as straightforward as it seemed. Widescreen Cinema leads us through the twists and turns and decades it took for film to change its shape and, along the way, shows how this fitful process reflects the vagaries of cultural history.

Widescreen and wide-film processes had existed since the 1890s. Why, then, John Belton asks, did 35mm film become a standard? Why did a widescreen revolution fail in the 1920s but succeed in the 1950s? And why did movies shrink again in the 1960s, leaving us with the small screen multiplexes and mall cinemas that we know today? The answers, he discovers, have as much to do with popular notions of leisure time and entertainment as with technology. Beginning with film’s progress from peepshow to projection in 1896 and focusing on crucial stages in film history, such as the advent of sound, Belton puts widescreen cinema into its proper cultural context. He shows how Cinerama, CinemaScope, Vista Vision, Todd-AO, and other widescreen processes marked significant changes in the conditions of spectatorship after World War II—and how the film industry itself sought to redefine those conditions. The technical, the economic, the social, the aesthetic—every aspect of the changes shaping and reshaping film comes under Belton’s scrutiny as he reconstructs the complex history of widescreen cinema and relates this history to developments in mass-produced leisure-time entertainment in the twentieth century. Highly readable even at its most technical, this book illuminates a central episode in the evolution of cinema and, in doing so, reveals a great deal about the shifting fit between film and society.