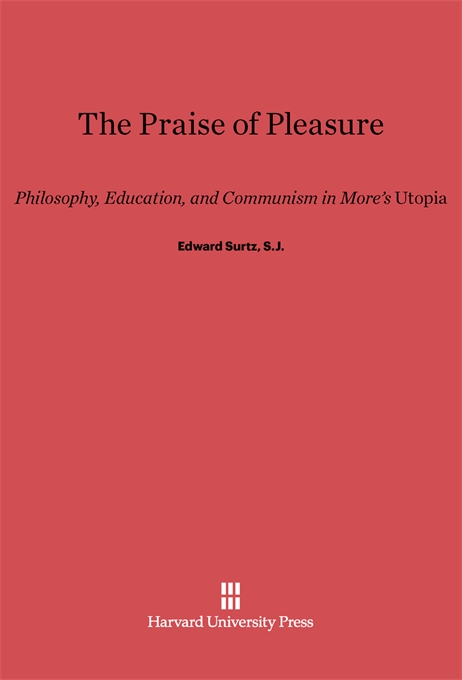 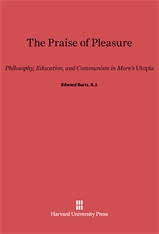 The Praise of Pleasure

In The Praise of Pleasure, Father Edward Surtz explains the controversial sections in Sir Thomas More’s Utopia which deal with the philosophy, education, and communism of the Utopians, through an examination of the text and the intellectual back ground of the early sixteenth century.

Since the discussion of pleasure in the Utopia is basically a rhetorical exercise, More proves the supremacy of hedonism by adroit manipulation of language and arguments and in so doing eliminates the facets of Epicureanism which are antithetical to Christianity. The Utopian philosophy of pleasure originates from Utopian education and learning and its objectives are high virtue and sane intellectualism. The fact that all material and spiritual goods are “the matter of pleasure” and that by means of the “form” communism all citizens are permitted equitable participation in them establishes the relationship between the philosophy of pleasure and communism. Although by virtue of these relationships the Utopians could attain a maximum of pleasure and a minimum of pain during their life on earth, Father Surtz shows that More shared with his fellow humanists the dominant idea that God had designed communism as the ideal social system, but that under actual conditions it was unrealizable for men.