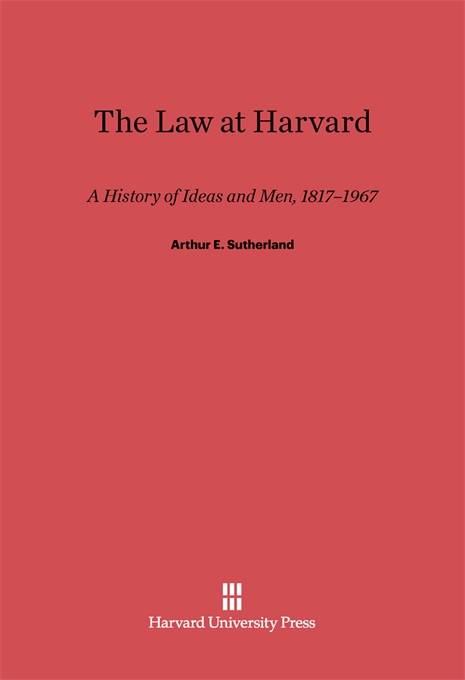 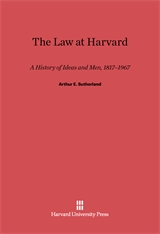 The Law at Harvard

Written to commemorate the 150th anniversary of the founding of Harvard Law School, this absorbing history of a renowned and vigorous institution is also in large part the story of how America has trained her lawyers from the early days of the Republic. Tracing the concepts that led to the establishment of Harvard Law School, the author proceeds to discuss the notion of law as a science that prevailed in the first half of the nineteenth century; the paucity of imagination that afflicted that period from 1845 to 1870; the revolution in legal education that was caused by the introduction of the case method by Dean Langdell; and, finally, the emergence of the modern law school at the turn of the century. Since then, as law has become less judicial and more legislative, as federal legislation and national concern for social welfare have increased, as the United States has become vitally involved in international affairs, there has been a matching shift, as Arthur Sutherland shows, in the scholarly activity of the faculty and the curriculum offered to students. This is not only a history of ideas but also of the men who conceived and held them, and the place where they evolved.