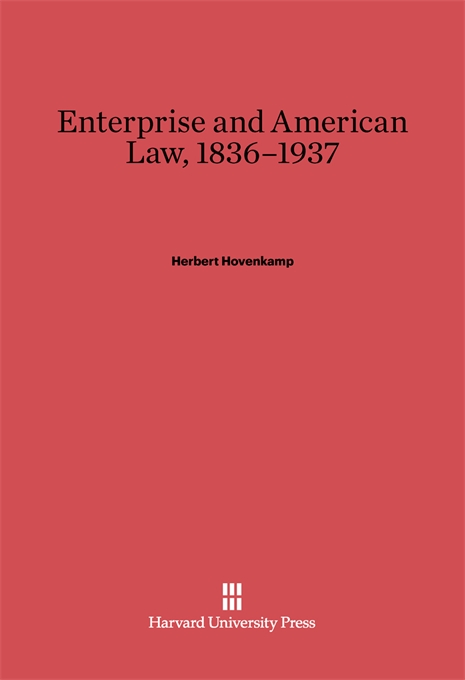 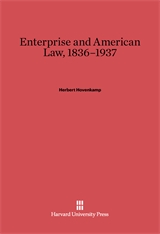 In this integration of law and economic ideas, Herbert Hovenkamp charts the evolution of the legal framework that regulated American business enterprise from the time of Andrew Jackson through the first New Deal. He reveals the interdependent relationship between economic theory and law that existed in these decades of headlong growth and examines how this relationship shaped both the modern business corporation and substantive due process. Classical economic theory—the cluster of ideas about free markets—became the guiding model for the structure and function of both private and public law.

Hovenkamp explores the relationship of classical economic ideas to law in six broad areas related to enterprise in the nineteenth and early twentieth centuries. He traces the development of the early business corporation and maps the rise of regulated industry from the first charter-based utilities to the railroads. He argues that free market political economy provided the intellectual background for constitutional theory and helped define the limits of state and federal regulation of business behavior. The book also illustrates the unique American perspective on political economy reflected in the famous doctrine of substantive due process. Finally, Hovenkamp demonstrates the influence of economic theory on labor law and gives us a reexamination of the antitrust movement, the most explicit intersection of law and economics before the New Deal.

Legal, economic, and intellectual historians and political scientists will welcome these trenchant insights on an influential period in American constitutional and corporate history.