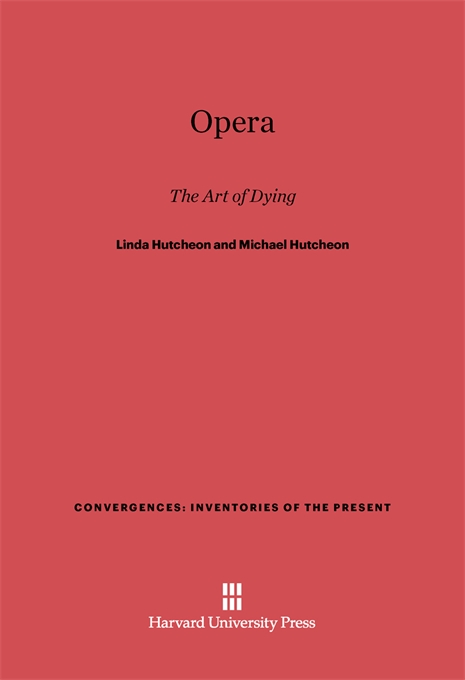 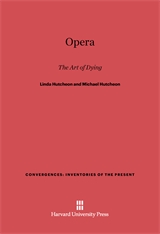 The Art of Dying

“In opera, singing one’s own death is a fate common to many characters. The art is one of the most death-obsessed of all Western forms, say Linda and Michael Hutcheon, authors of Opera: The Art of Dying… In it, they explore musical drama as a kind of contemplatio mortis, or contemplation of death, an extension of the medieval notion of ars moriendi, or art of dying. Operas, they argue, often portray death in positive ways that depart from traditional Aristotelian ideas of tragedy. Such images may seem counterintuitive to today’s audiences, but they allow rehearsals of mortality in ways that give life meaning.”—Nina C. Ayoub, The Chronicle of Higher Education

“Linda and Michael Hutcheon’s Opera: The Art of Dying is a learned, absorbing, and (if one dare use this adjective for a study of death) enjoyable book. Building upon recent studies of death emanating from medicine and the social sciences, the Hutcheons demonstrate the ways that opera audiences experience the various deaths they witness onstage as a means of confronting their own mortality.”—Herbert S. Lindenberger, author of Opera in History and Opera, The Extravagant Art

“An interesting, informative, and original piece of scholarship that contributes to an ongoing reexamination of opera currently underway in a variety of academic disciplines. The book treats both highly canonical and some very esoteric operas, thus providing something of interest to the neophyte and to the more experienced.”—Marc A. Weiner, author of Richard Wagner and the Anti-Semitic Imagination and Undertones of Insurrection