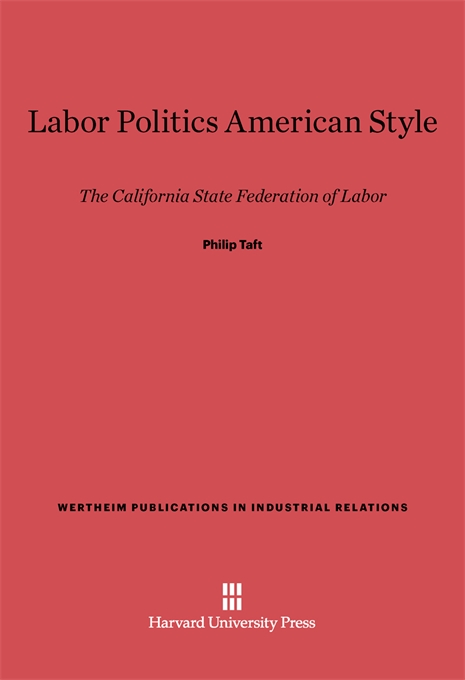 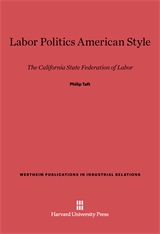 The California State Federation of Labor

State federations of labor have been the political arms of organized labor for more than 100 years and the California State Federation is one of the most interesting and representative examples. Philip Taft traces the activities, policies, and problem of the Federation from its beginnings in 1901 until the merger of the AFL-CIO in 1958. The attitudes on migrant labor and the controversial McNamara and Mooney cases are discussed as well as the changing views of the Federation over the years. In the process, the author explores the reasons why organized labor in the United States did not commit itself to a third party.

Instead of reviewing the debates of national labor leaders, Taft focuses on the sentiments and needs of workers at the grass roots level and examines their critical role in determining the character of organized labor’s political tactics. He shows that at no time did the American labor movement eschew politics; it always understood the importance of legislation for social advancement. Starting with modest funds and little support, the California State Federation became, relatively early in its history, the primary spokesman on legislative matters for the workers in the state. Its efforts, Taft demonstrates, were not limited to legislation affecting the narrow interests of a special group, but encompassed matters concerning the entire community. As the influence of the Federation grew and its aims broadened, it came to rely heavily on the sympathy and backing of the state legislative and executive branches of government.

Taft explains the methods by which Federation programs were and are developed and how candidates are endorsed. He surveys the expanding task of defending legislation before administrative bodies and courts. Throughout his study, he emphasizes the significance of the California Federation as a political institution and relates its development to the growth of the labor movement in the United States.