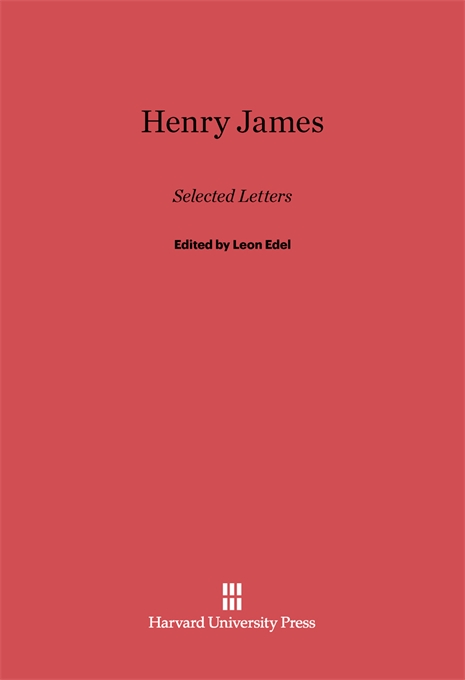 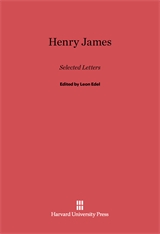 “He was a supreme artist in the intimacies and connections that bind people together or tear them apart,” says Leon Edel in his introduction to this collection of Henry James’s best letters. Edel has chosen, from the four-volume epistolarium already published, those letters which especially illuminate James’s writing, his life, his thoughts and fancies, his literary theories, and his most meaningful friendships. In addition, there are two dozen letters that have never before been printed.

In its unity, its elegance, and its reflection of almost a century of Anglo-American life and letters, this correspondence can well be said to belong to literature as well as to biography. Besides epistles to James’s friends and family—including his celebrated brother, William—there are letters to notables such as Flaubert and Daudet in France; Stevenson, Gosse, Wells, and Conrad in England; and Americans from William Dean Howells to Edith Wharton. The latter correspondence, in particular, enlarges our understanding of James’s complex involvements with Wharton and her circle; among the previously unpublished letters are several to Wharton’s rakish lover, Morton Fullerton.

This masterly selection allows us to observe the precocious adolescent, the twenty-six-year-old setting out for Europe, the perceptive traveler in Switzerland and Italy, and the man-about-London consorting with Leslie Stephen and William Morris, meeting Darwin and Rossetti, hearing Ruskin lecture, visiting George Eliot. The letters describe periods of stress as well as happiness, failure as well as success, loneliness as well as sociability. They portray in considerable psychological depth James’s handling of his problems (particularly with his family), and they allow us to see him adjust his mask for each correspondent.